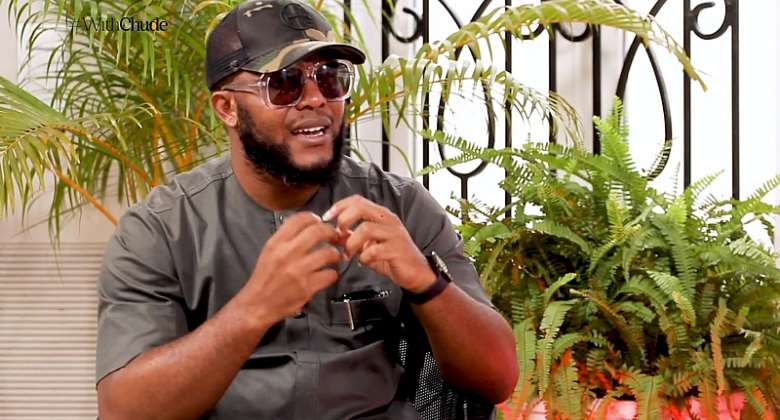 Serial Entrepreneur and Investor, Sam Uduma, recently sat with Chude Jideonwo, host of #WithChude and founder of Joy, Inc., to discuss his struggles with Bipolar Effective Disorder and Multiple Personality Disorder, as well as his journey to recovery.

“If I will get the timing right, we had just come out of the lockdown, I usually use EndSARS to remember because it was closer to EndSARS than Covid. September was when I had my first breakdown. I had mental breakdown that my doctors call Bipolar Effective Disorder. I also had multiple personal disorder where I was existing as four people in one. It was exacerbated by what happened to my father. My father had a very horrible accident,” Sam Uduma shared during his interview.

During the Covid lockdown period, because of the travel restrictions, Sam shared that he couldn’t travel to see his parents in Abuja because he was based in Lagos. “All I could see were the pictures my mom sent, and I will ask my mom, ‘How is daddy doing?’ and she will say, ‘We thank God’. So, when the lockdown was eased, I was like, let me go and check out how he is doing, but nothing prepared me for the picture I saw, it was as though my father had become a skeleton”.

After his interaction with his father, he started using very unhealthy coping strategies the confront the trauma that he had just witnessed which led to his first manic episode.

During one of his manic episodes, the multiple personality disorder also set in “I was Father, Son, Holy Spirit, and Sam. There were some people that I rate as my spiritual friends, that would call me when this thing was happening to me and just want to talk to me. Because when I start to talk to them as the Holy Spirit, they get excited. There’s one particular pastor I can’t call his name, but he would always call me as I was having my mania. He would video call me. And my phone, at that point, was like the source to everybody because people were reaching me. I was talking to many people. I felt like I could do anything and everything.

“I spent about 12 days in the facility, and it was really relaxing in the sense that there were medications, there were exercises, we practiced mindfulness. It was almost like a getaway, but it was meant to mimic rest and relaxation while you were getting medicated. The day I come out it, EndSARS protests had started. While I was inside, I didn’t even know because they prevent you from having access to the world. Everybody was calling me because I had predicted what was going to happen during my manic episode."

On his recovery, he shared, “the journey is still unfolding, in the last year I have had three relapses but thankfully not as bad as the first one and this is because the people around me won’t allow it happen. I believe that what saved me was love, and I am not talking about love of pampering but love of action.