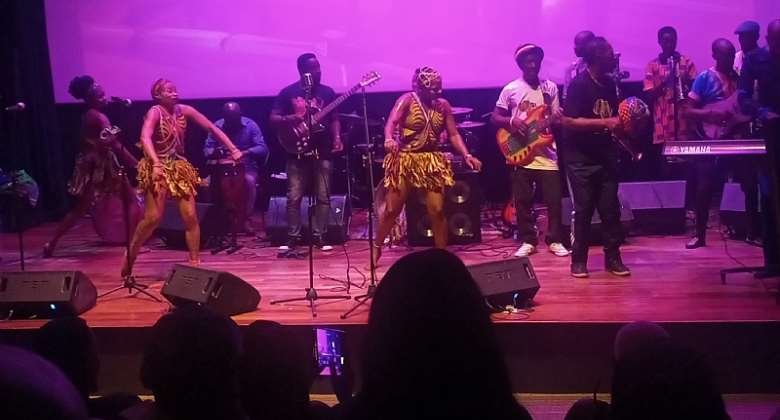 Just when the audience thought they had seen the best of Seun Kuti after watching him perform songs such as Run, Run and Bad Man Lighter (BML), he thrilled them further with Love and Revolution, Things Over People.

According to Alliance Française, " The collaboration with Seun Kuti was borne out of the continuous need to promote the artistic nature of Afrobeat, and also promote cultural events.

During the show, Seun told the audience that "Afrobeat is the biggest love song". On a lighter mood, he told Adekunle Gold, who was present at the show that he does not sing about 'small love' like romance. In his words "I sing about 'big love'. Love of the community, love against corruption, love of humanity.

The performance was held inside the cool ambience of AF, Ikoyi donated by Otunba Mike Adenuga to the French Community in Nigeria. The world class edifice is the hub for cross cultural ideas and development without geographical borders.