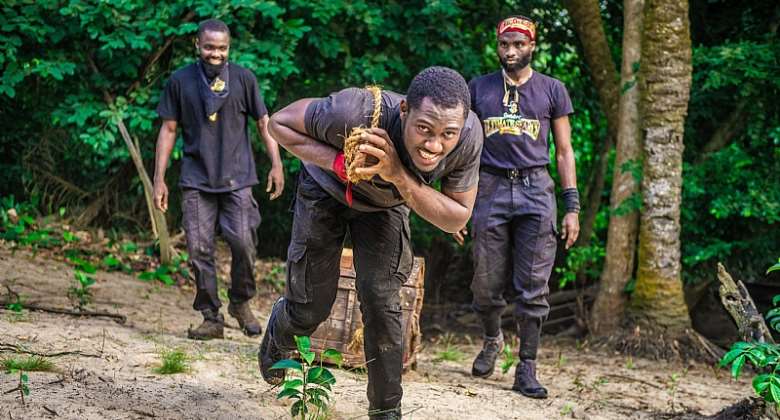 Nigerian Breweries, organisers of the Gulder Ultimate Search, have announced a party for the reality TV show winners, which will hold on Friday, January 21, in Lagos.

Following a seven-year hiatus, Gulder Ultimate Search returned to the screen with rave reviews. More than 20,000 Nigerians applied for season 12 of the show, and following the regional selection process, a long list of qualified applicants was sent to Sea School. Ultimately, 16 applicants qualified for the jungle with two additional wildcards.

Following weeks of rigorous tasks that tested and stretched their physical, mental and intellectual capabilities from group to individual tasks, Odudu Ime Otu emerged as the show's winner in a final that also had Damola Johnson and Damilola Odedina.

The show's winner will be presented with N50 million worth of prizes, including an SUV from Innoson Motors and a return ticket to Dubai courtesy Air peace.

“The reaction to this year’s edition of Gulder Ultimate Search has been overwhelmingly positive. From the views to social media commendations, season 12 was a success.

“We could not have done this without the support of Nigerians who have not only yearned and accepted the return of Gulder Ultimate Search, which coincided with the relaunch of Gulder as a craft beer but also our sponsors, partners and crew who contributed immeasurably to its success.

“Gulder Ultimate Search celebrates Nigerian youths' resilience, hard work, team spirit and creativity. Its impact on the contestants who made it to the jungle and those who went through the selection process cannot be overstated. They have all taken something from the process, which is the Naija spirit of competitiveness and drive for success.”

Court adjourns case between Asanko Gold and GMWU to June 1 o...
8 minutes ago