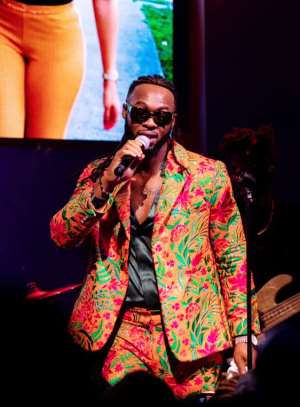 The concert which was held on Wednesday, November 3rd, 2021 recorded massive turnout and was sold out two days before the concert.

Flavour's thrilling performance left fans ecstatically screaming their lungs out as they chanted his name and sing along to series of his popular songs.

Speaking on the success of the event, Mr Akeju, a director at Prime Music Partners, the organisers of the show, lauded Flavour's exclusive performance while also commending other artists that featured at the concert.

"What flavour has been able to do is simply remarkable. His music crosses genres and creates a soothing vibe on any platform. The massive turnout was a good indication of his global impact. Also like to thank in a special way Commissioner Gordon and other artists that performed at the show", he said.

Finance Minister announce transactions to be excluded from E...
13 minutes ago