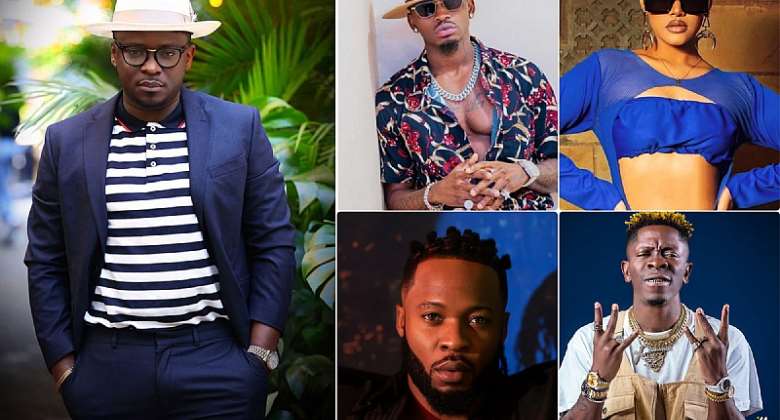 Afrobeats, a fusion of pop sound originating from Afrobeat, a music genre which involves the combination of elements of West African musical styles such as fuji music and highlife has earned wide reputation around the world.

The ensuing music, which is
a combination of beats and local African sound elements have become wildly popular and re-instilled a sense of pride and togetherness in a generation of blacks and notably African stars who have been historically eschewed by the Western society.

In marking the evolution, Us-based Nigerian music executive Abass Akeju, known professionally as Akeju has decided to celebrate some of the frontier stars helping the infectious spread of the immersive and infectious tunes all around the planet.

The campaign kicked off earlier this year with the theme: Faces of Afrobeats and has been headlined across several commercial billboards in New Jersey, Los Angeles, Chicago, Connecticut billboards and New York's Times Square respectively.

Recalling the motivation to kickstart the campaign, Akeju said : "African artists are making the continent proud. Almost every corner of the world today, you hear the typical Afrobeats sounds puffing from club, bars and so many outlets. It gives a huge sense of pride as an African and this stars ought to be celebrated".

On the misconception between Afrobeat and Afrobeats, he added: "Afrobeat is a genre that was invented and largely promoted by Fela Kuti. He is an African legend and will be remembered for his effort to promote African sounds. Afrobeats is a new pop sound with a blend of Afrobeat, still tracing back to Africa'".

The campaign birthed by Akeju in affiliation with prime music partner will hope to make huge impression and further disperse African sounds globally.