I Have A Very Funny Side -Joselyn Dumas 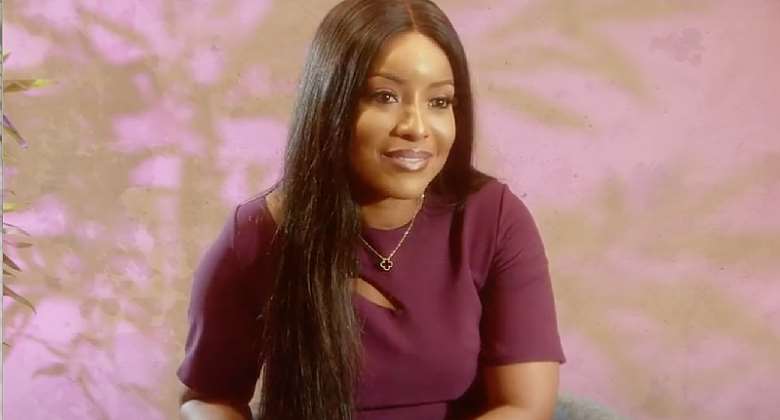 Joselyn Dumas is no stranger to Nigerians.
From playing the bride in the video for Lynxxx’s hit single featuring Wizkid, “Fine Lady”, to featuring in countless Nollywood productions, Joselyn has set hearts ablaze across the country.

Now, the African Movie Academy Award (AMAA) nominee is set to sizzle in the upcoming Showmax Original Ghana Jollof where she shares the screen alongside other fan faves like Basketmouth, Funnybone and Akah Nnani.

We caught up with the Northern Affair star, where she dished on her Ghana Jollof co-stars, her ideal script and who makes the best jollof!

What was your reaction when you first heard the name Ghana Jollof?

I thought ‘Oh my God, these jollof wars! Can we just declare the winner already?’ Then I got a call from Basketmouth and he said, ‘This is something really special to me, I’m looking for a way to do a proper collaboration between Ghanaians and Nigerians. We’re one people and this is a way for me to let people know that we’re the same.’ So it became a really nice discussion on the phone. I’ve always enjoyed Basketmouth’s jokes and I’ve seen Flatmates a couple of times so I was excited when he said he had a role for me in Ghana Jollof.

Tell us about your character on Ghana Jollof and would you say there are any similarities between Joselyn and the role you play?

I play Abena, who is an HR manager in Mensah’s bakery. She’s a bit of a senior and has a thing for the boss, Kweku. There’s some rivalry between herself and the secretary, who is her much younger subordinate. So everyone is driving to get Kweku’s attention and Abena feels like she has a bit of an edge because she’s the HR manager.

Now I’ve had a crush on a few people but I don't think I would penalise anyone who is my subordinate because they have a crush on the same person as I do. Healthy competition is nice but I wouldn’t use my position to intimidate anyone out of spite.

Tell us a bit about your star-studded co-cast.

I’m very happy with the cast. On the show I’ve worked closely with Basketmouth, James Gardiner, Funnybone and Buchi. I just met Buchi for the first time and he’s hilarious.

Everyone brought their A-game to the show. We had so many funny moments on set where everyone was just rolling on the floor with laughter.

He’s also made sure we’re taken care of. We had a conversation where he said to me that he realised, while sitting down in meetings, that there’s a lot of disservice that has been done to a lot of creatives and talents in our industry and he’s hoping to make a difference.

He’s already doing that, giving all these young people a chance. For instance, the director is quite young and so is the writer and he’s given them a chance to showcase their talent and I think that’s commendable. I also work closely with James Gardiner (Kweku in Ghana Jollof) on Akwaba Magic’s Dede and he’s very talented. He’s eye candy but he also takes the job seriously. Funnybone is my friend whom I’ve known for years. This is his first time acting (in a drama), and he’s doing amazingly.

Would you describe this as your first comedic role?

Not at all. Everybody thinks that I’m quite a serious person but I have a very funny side once I get comfortable around people. So I’m always looking for that script that will bring out that side of Joselyn. I’m doing that now in Accra on Dede and my character is hilarious without even trying and I absolutely love playing that role. Playing Abena on Ghana Jollof, I’ve had some humorous moments with Basketmouth and Buchi. So I have played quite a few funny roles. People always see me in a serious sense but it’s just a protective guard.

What would you take away from working on Ghana Jollof?

Teamwork and camaraderie. Everybody was looking out for each other on the set. From the crew to the cast, everyone was hungry to see this show succeed and even go beyond Season 1. That’s what I’m taking away because it’s about time we work together and we go far together. I see that with everybody here. We would come on set by 6am and by 7pm, we’re done. That tells you the guys are passionate and they really want to get this done. Nobody feels superior to anyone; we're all just equally coming together to create magic.

Did you feel any pressure to get it right given that it’s Showmax’s first comedy-drama?

Well thankfully I don’t have to say the jokes. But like with every production I do, there’s a little bit of pressure. Even if I’ve done it a few times, it’s always new in a sense. Also, I always feel like everything I do has to be better than what I’ve done before, so yes, I’m under pressure.

What do you want fans to take away from Ghana Jollof?

I want anyone who watches this show to have fun and be entertained. There’s drama and comedy; a lot of times when you see comedy, there’s a bit of slapstick but I love the fact that there’s drama and comedy with Ghana Jollof. There’s a storyline to it and once you follow it, it’s intriguing. Even as a character, I’m entertained. Sometimes I think ‘Why is Abena doing this? What is her problem?'. It’s also a very relatable series: everyone has had a crush on somebody and everybody has loved the attention they’ve got from people who have had crushes on them. There’s also somebody who has always felt like an underdog. Everyone can see themselves in a particular character on the show.

Latest Photo Reports
Catch up with all the political quotes from our politicians.
Advertise here
More Interviews
ModernGhana Links
Interview: Genevieve Nnaji Reveals Her Love Life
Gloria Osei-Sarfo: I’ve waited for a role like Abena Baafi for a long time
A Time Out With Lucia Dottie, The Botswana Superstar On A Global Journey.
I believe in women and our stories - Lydia Forson on why she plays strong women on screen
Peter Okoye: Raging, Raging Mr P
Naa Ashorkor - I’d like to see more films that speak to mental health challenges in young people
“Ghana Jollof is a gift at the most difficult time of my life” – Diji Aderogba
I’m a good cook - James Gardiner
Ghana Jollof is my first romantic role - Funnybone
TOP STORIES