‘BBNaija house has broken and restored my faith’ - Angel 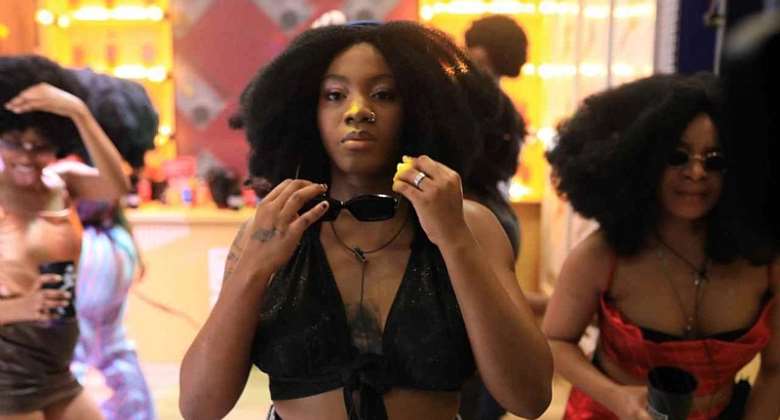 Big Brother Naija Season 6 housemate Angel Smith has revealed that the BBNaija house has broken and restored her faith.

The 21-year old shared this during her Secret Diary Room session, which is exclusive to The Buzz on Showmax.

During the secret diary room session in the most recent episode of The Buzz, Angel expressed shock that she was still in the BBNaija house.

“I guess I’m shocked that I’m still here and I actually haven’t processed it,” she shared.

Continuing, Angel said, “This house has broken my faith and restored my faith every time I want to give up on faith”.

Despite a few run-ins with a couple of her fellow housemates, Angel has emerged as one of the more popular BBNaija housemates, with over 437k followers on Instagram.

But the self-described writer and content creator wasn’t the only one sharing her innermost thoughts in the Secret Diary Room session. Fellow housemates Saskay, Liquorose and Yousef also had some thoughts to share.

For Saskay, it was her budding relationship with Jay Paul that was a source of concern. The 22-year-old shared her worry over the difference in religion between herself and Jay Paul.

“Jay Paul told me about his religious beliefs and it’s not exactly the same as mine, and it just made me start to think of how my relationship outside is going through serious problems because of that and it just felt like PTSD,” she said.

Continuing, Saskay added, “I should probably think twice about whatever it is that is going on between him and I”.

It would be recalled that Saskay has been in a love triangle with Jay Paul and Cross, turning the house on its head when she locked lips with the former last week.

Liquorose, many would argue, is a strong contender in the BBNaija house. However, it appears that the pressure of the game has started to weigh on the dancer’s mind as she worried over her strategy in the Secret Diary Room session.

“You’re here being yourself and you don’t really know if you’re actually doing the right things in people’s eyes” she shared.

She went on to express her fears over being sent home for doing what the audience perceives as the wrong thing.

Finally, there was Yousef, who shared that the housemates indirectly make him feel like he hasn't made as much impact as them.

“The housemates indirectly make me feel like I haven’t made so much impact in the house. There’s this way it makes me feel,” he shared.

With less than a month to go in the BBNaija house, the stakes are higher than ever and the housemates have begun to really feel the pressure.

The Buzz is hosted by Toke Makinwa and airs exclusively on Showmax with new episodes available every Tuesday and Saturday by 7.30pm.

Hottest Photo Reports
Catch up with all the political quotes from our politicians.
Advertise here
More from Nollywood Media
ModernGhana Links
CLIMA Africa Awards 2022 Nominees List Is Out!
"Bobrisky never really made me” James Brown talks about her relationship with Bobrisky, going to prison, and future aspirations #WithChude
African Renaissance and Diaspora Network appoints Nomcebo and Akejuas ambassadors
TOP STORIES