Introducing Willie Xo: The UK Afrobeats Singer With A Heart For Giving Back 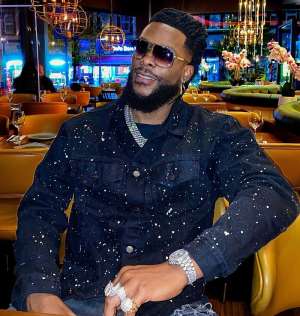 UK-based Nigerian Afrobeats singer/songwriter, Jocey Joseph Ekwuazi, also known as Willie XO, is an artist who describes his unique genre of music as ‘Afrovibes,’ a combination of R&B with Afrobeats.

Born in London, Willie XO spent his early childhood in Nigeria where he discovered he had a keen interest in music. Drawing inspiration from musical influences like Fela Kuti and Bob Marley, Willie carved out his own musical niche with 'Afrovibes', a modern convivial interpretation of Afrobeats.

His musical fusion evolved over time and he released his first single in 2017 titled ''Kraze'' which became an instant hit. Willie XO successively released the commercially successful track 'Comfort You' in 2018 - a collaboration with canadian singer and rapper Tory Lanez and Jamaican DJ and songwriter, Popcaan - which became a national anthem hitting over 27 million views on YouTube.

Willie XO became unstoppable and known as the subtle master of hits. In 2019, he pushed the envelope when he released 'Early In The Morning', featuring American singer/songwriter, Ashanti.

When he's not behind the microphone, Willie XO is busy with his charity organisation, set up with the purpose of helping young people start their own businesses, helping the less-priviledged and aiding undeserved communities in Nigeria. According to him, he made a pact with himself that whenever he made it, he would always help the less-priviledged and give back to his community.

Currently signed to Atlantic records UK, Willie XO is proving to be more than just another artist. It is clear as day that this artist, one who recognises that a new musical dawn is upon us, is positioning himself to be one of the outstanding talents shaping the new African sound.

Mankessim: 55-year-old kenkey seller knocked down by speedin...
41 minutes ago