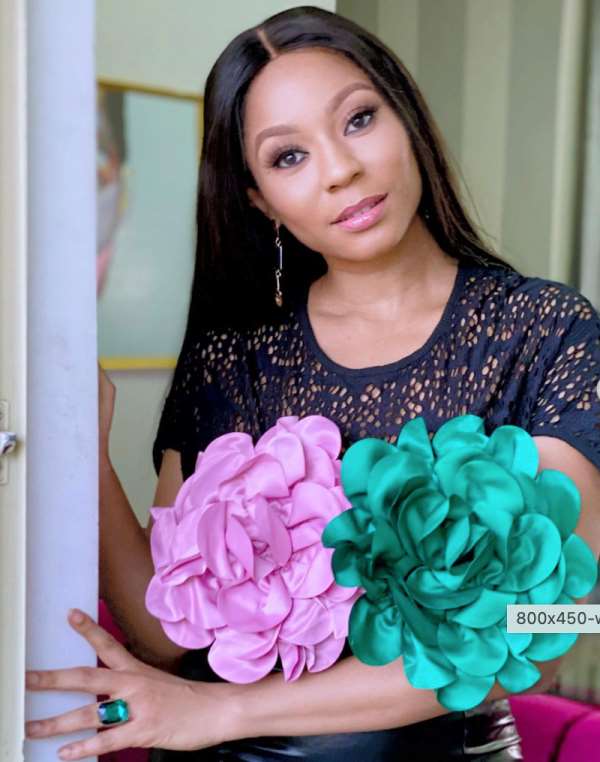 Just a few years back, Enado Odigie worked a corporate job in telecommunications while slowly transitioning to event planning. These days, Enado thrills audiences across the world with a host of roles under her belt, including the charming but highly-complicated Funbi in Africa Magic’s Unmarried, currently streaming on Showmax.

“I worked in telecoms: it was a transition to getting what I really wanted to do at that phase, which was event planning,” Enado shared in a recent interview. “I used to plan events - concerts, weddings, and birthday parties. By nature I’m good with organising and very much in my element with taking charge, so event planning came naturally to me and I loved it.”

However soon enough Enado developed a relationship with film and when the choice came to pick between event planning and film, she chose the latter.

“From time to time, friends and family still deem to use me for planning events but I don’t necessarily do it as a business. Entertainment is my full time business now.”

Speaking of her role in Unmarried, Enado shares that aside from a love for fashion and friends, she shares nothing in common with her on-screen character, Funbi.

“There aren’t many similarities between my character, Funbi, and my person. However, I’ll say Funbi can be silly and playful and I think Enado can be silly and playful within the right environment. Also Enado loves fashion like Funbi and has a strong relationship with her girls. I have my band of friends and we’re very close so it was easy to translate how my friendships are in real life with the girls on set.”

Speaking of the girls, Enado shared some fun facts about her co-stars, Venita Akpofure and Folu Storms.

“I don’t know if people know how playful Folu actually is. She’s really playful. In fact when you’re taking a picture with Folu, I’d say don’t allow her to crack jokes near you, because when the pictures come out Folu will end up looking nice and composed, meanwhile your mouth will be hanging open and you’ll be looking ridiculous while she’s looking poised and picture ready,” she shared.

“Venita is the person who predominantly says what everybody is thinking where everyone else is trying to be polite. She’s the blunt one on set. She’s also very much about her hustle. So every moment we’re not working on set, she’s busy with her other projects. She’s very creative and enterprising and I really like that about her. When you’re around Venita, you end up being exhausted from the amount of work she’s doing.”

Enado grew up in ancient Benin city, which she recalled as being fun-filled. “Growing up in Benin was fun. I grew up in a close-knit family with my nuclear and extended family and there were good times. Benin people are ridiculously funny so there were a lot of laughs. There was also a lot of good food.”

So what’s Enado like when the cameras aren’t rolling? The Unmarried star shares that she’s very much about her growth.

With many Nigerian actors venturing behind the camera, we can’t help but wonder if this is a move Enado will ever make.

“You’ll definitely see me behind the camera,” she states. “There are a couple of projects in the works but there’s one coming later this year, my debut project. I’ll definitely be acting and producing but I’m not certain about directing just yet.”