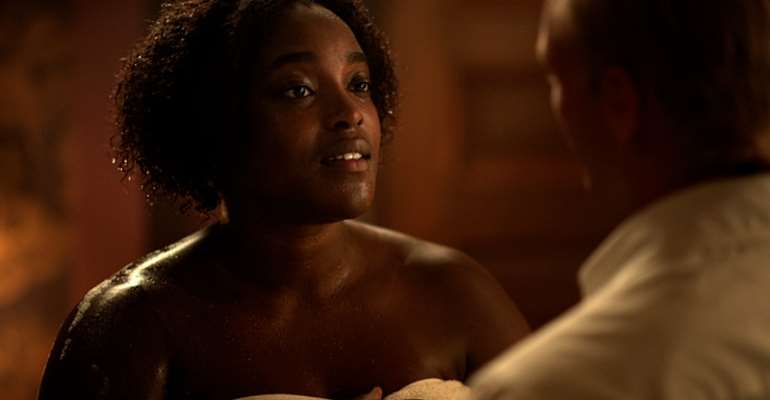 Nigerian-born actress Wunmi Mosaku has had some major roles recently: since her breakthrough, BAFTA-winning performance in Damilola, Our Loved Boy, she’s starred as Beryl in the Oscar-winning box office hit Fantastic Beasts and Where To Find Them, as DC Teri Darego in the BAFTA-winning and Emmy-nominated The End of the F***ling World, and opposite Idris Elba as Detective Sergeant Catherine Halliday in Luther, among others.

She’s currently on Showmax in HBO’s brand-new horror drama Lovecraft Country. Based on the 2017 World Fantasy Award-nominated cult novel by Matt Ruff, Lovecraft Country is exec produced by Oscar winner Jordan Peele (Get Out, Us) and Emmy winner JJ Abrams (Star Wars, Super 8), with Misha Green (Underground) as the showrunner and co-creator.

In the 1950s, Atticus, a young African-American, sets out on a road trip with his childhood friend Letitia and his uncle George to find his missing father. This catapults the three into a struggle for survival against the dual terrors of Jim Crow-era America and terrifying monsters.

We caught up with Wunmi to find out more about playing Ruby, a performance that earned the praise of her on-screen sister, Teen Choice nominee Jurnee Smollett-Bell (Birds of Prey, Friday Night Lights), who says, “I loved working alongside Wunmi; she's such a fiercely talented artist.”

What drew you to this project? And how did you feel when you read the script for the first time?

When I read the script, I was like: ‘I love a good family drama.’ I was hooked in, even

from the first book that Atticus reads on the bus. The family drama felt completely real, dramatic and familiar, and then HP Lovecraft just like bolts in. I had never seen anything like it. I realised it was a book after my audition and then I read the book and loved it.

How does this differ from other projects you’ve been a part of?

In so many different ways. I didn't feel like I got that opportunity generally as a black actress to be in a period piece. I think I've only done one before, in the 1930s in London. I think that playing an African-American in this time period for me is completely new. And it was playing a singer and learning the guitar.

How was the singing? You have an amazing voice.
We had some vocal coaches on board because I don't normally sing in that genre [blues] at all. I played

guitar every single day for like, the whole job, and I still can't play [she laughs]. I still get very nervous when the camera rolls and then just forget everything.

Ruby has a rocky relationship with her sister, Leti. How did you approach this relationship?

I have two older sisters and we’ve had that kind of relationship before but now we are close. We’ve had

that kind of bickering and fighting and I have that shorthand. Jurnee has a big sister as well. So we talked a lot about those dynamics and finding our way through those tumultuous years. Ruby and Leti just haven't gotten to that place where they are friends yet. I think Leti refuses to really grow up: she's still very selfish and self-involved. So they just haven't gotten to that place of ‘It's not just duty.’ It's like, ‘I do this because I should love you but not because I actually like you.’

The show is centred in 1950s segregated America but often it feels current. We see themes of racism,

sexism and privilege being explored — what do you think of this?

History repeats itself. It's a shame that it's not history yet, you know, it's still very much present. I feel like

this show could have been told at any point between now and then — and it still would have the same relevance and meaning. My hope is that in five years’ time it would feel like a thing we're moving away from. But yeah, I think it's a shame that it feels so relevant. And that it's very much our reality.

In Episode 5, your character turns into a white woman. How did you feel when you read that for the first time in the script?

Well, I was told that for the first time when I was auditioning. I was like, ‘Huh’ and ‘how are we going to do that?’ [she laughs].

I don't really know how to put it into words… There's this feeling of ‘I understand’ [why she would make that switch into a white woman], but it’s also the pain of understanding. It's really really deep.

I felt like on this show you're confronting things that you have overcome through growing older and loving the skin that you're in and appreciating all of you and your community. It feels rebellious sometimes because the world is telling you otherwise.

I remember when I was seven someone bought me Sugar magazine and I remember opening it, saying ‘Oh, this isn't for me’. And I have honestly to this day, I’ve never bought a magazine.

So it's a very difficult thing to get my head around at this age, you know, loving who I am, and all that we are. It's a difficult thing to get your head back into space where you would make that choice. It's a difficult thing to do because it feels like you're betraying yourself. And it also feels like you're digging up stuff from your past. You end up having flashbacks to when I said stuff like, ‘Oh, I wish I had long hair.' Longer curls. I didn’t like my gap [teeth], all these things that are so West African. I wanted lighter eyes… all those things. I have forgotten that I'd ever even had those thoughts until confronted with this character.

I’m still having flashbacks of things. My black friends and I have been talking about things that we've just thrown into the pit of forgotten. All these things that we've encountered with racism, it's really coming up right now in this time and during the lockdown and the global awakening and people calling you to say sorry.

There was a moment of that with Ruby, and I thought to myself: ’Oh, I guess I did say that [to myself when I was younger],’ but I have now gotten to a place of embracing who I am and loving it. 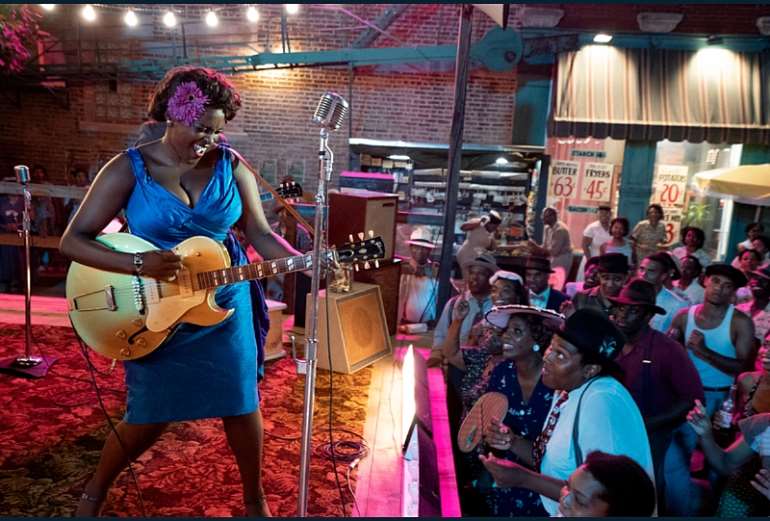 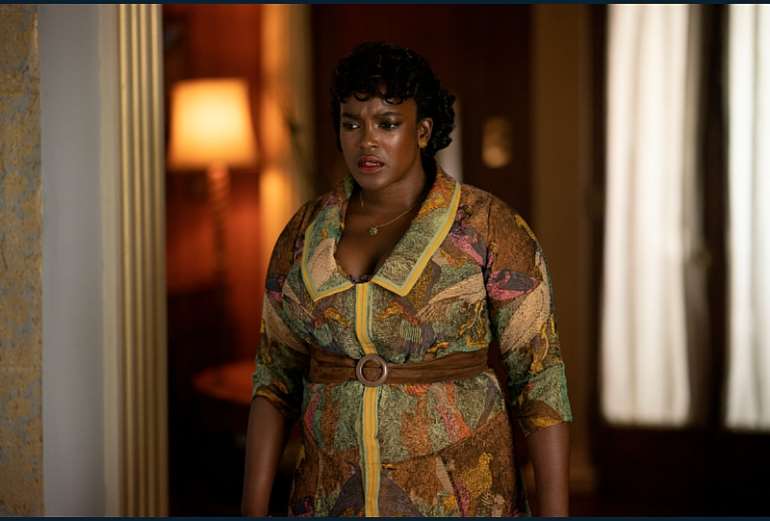