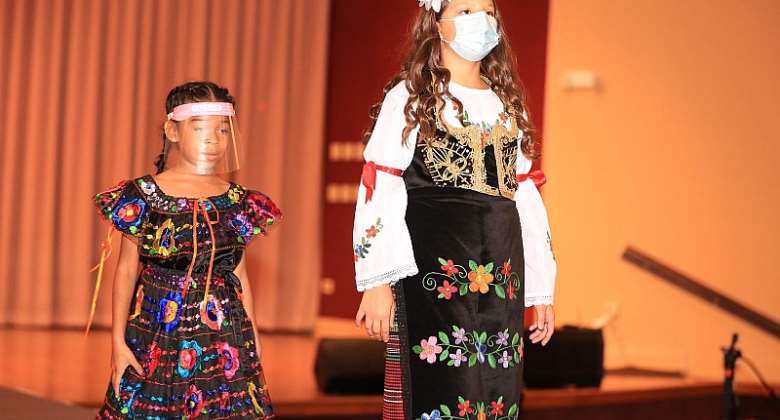 An international multicultural event held in Chicago, United States of America few days ago, has acknowledged the role of Billionaire Businessman and Philanthropist, Prince Ned Nwoko, in the eradication of Malaria in Africa. The 2020 edition of Chicago Kids Multicultural Fashion Show was held on the 13th of September at Stony Island Ave, Lansing Illinois 60438 and witnessed huge participation of Chicago Residents and kids from across neighbouring cities in the USA.

According to our STATEPRESS, the recently held Chicago Multicultural Kids Fashion Show, witnessed several activities showcasing the styles of various cultures and celebrating the diversity in societies. The occasion also majored it's campaign and advocacy on the highlights and activities of Prince Ned Nwoko and his Malaria Eradication Project in Africa, which is powered by Prince Ned Nwoko Foundation.

The event was attended by several persons, including kids and their guardians, but has been designed to promote various cultures, embrace diversity and raise awareness on key issues concerning humanity and the Society. In this year's edition of Chicago Multicultural Kids Fashion Show, activities and presentations of kids were targeted at creating awareness on the required togetherness needed to support the Malaria Eradication program of Prince Ned Nwoko Foundation across Africa.

However, several persons have described the 5th edition of Chicago Kid Multicultural Show as excitingly colourful, timely and necessary. Speaking with the Convener, Queen Krystal Okeke, she applauded the kids for their powerful presentations and also applauded the teaming vision to support Prince Ned Nwoko's Malaria Eradication project in Africa. She had also appreciated her partner's as well as everyone who was in attendance.

The global and annual celebration and event of Chicago Multicultural Kids Fashion Show, organised by Queen Krystal Okeke has continued to create awareness, engage advocacies and influence campaigns in areas of diversity, versatile creativity and notable contributions of true agents of change across the diverse multicultural backgrounds.