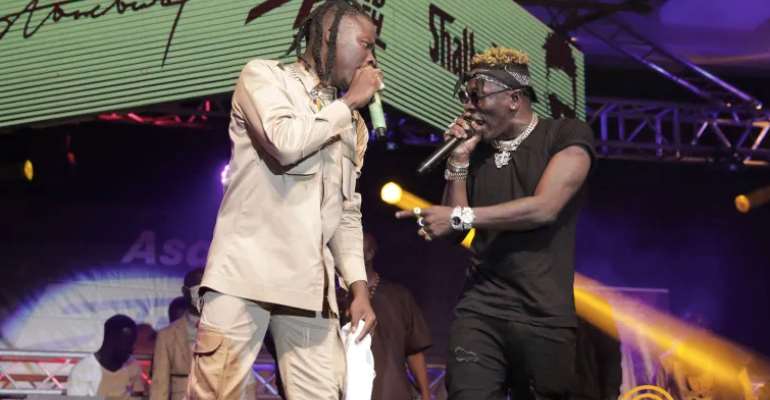 The Asaase Sound Clash put together by Asaase Radio, Ghana which took place at the weekend, was a resounding success. The event which streamed live on YouTube was a first of firsts: the first major dancehall clash anywhere in Africa and the first of such, to be streamed anywhere in the world.

Ghanaian Dancehall king Shatta Wale and Afropop dancehall and reggae Stonebwoy, two of the biggest dancehall acts from West Africa went head-to-head in this first-ever virtual sound clash challenge. On a night that was full of feverish tension and palpable excitement, the dancehall kings delivered raging verbal wars on each other as they vied for who was the true king of dancehall; all these laced with shocking verbal sparring, saw both artistes at the top of their game.

After all was said and done and in the throes of musical ecstasy, it became a catch-22, as there was no clear announcement by the producers who emerged as the winner of the sound Clash. Mixed reactions from the fans, with each faction claiming their superstar was the winner, became the order of the night. This has therefore become a conundrum of sorts, in a war that should have been settled last night.

One thing was for sure, however; the youth and every adult who was present at the grandiose event had an epiphany of what musical precocity looked like in two of Ghana's finest dancehall exports.