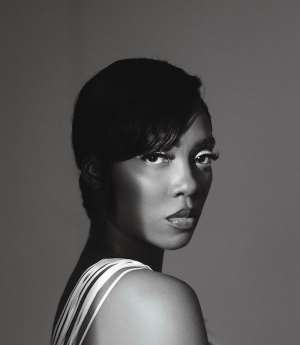 If you’ve kept it locked on MTV Base this August, then you must have noticed - the premium music channel has been playing music videos by black female musicians back to back on Saturdays.

There is a reason for this.
MTV Base is specially dedicating the month of August to leading black women in music with a specially curated playlist tagged ‘Queens Of Base’.

For as long as we can remember, black female musicians across the world have been making remarkable strides in and outside the industry but oftentimes, they don’t get the accolades they deserve. And this is why initiatives like this one are all the more commendable.

In Nigeria, superstars like Tiwa Savage and Yemi Alade have continuously demonstrated that they can go toe to toe with their male counterparts and come out standing tall. They are selling out shows across the world, racking up streaming numbers, performing on global stages alongside some of the biggest international music stars, and just generally being iconic.

Yemi Alade who won the Peak Talent Show in 2009 is unarguably one of the most popular artistes out of Africa. She was the first female African artiste to hit one million subscribers on Youtube, and up until 2018, her video for ‘Johnny’ was the most viewed music video by a Nigerian musician on YouTube.

Tiwa Savage has also been blazing the trail since she came into the limelight with her debut single, Kele Kele in 2010. From being the first African female ambassador for Pepsi to being the first female artist to win best African act at the MTV Europe Music awards and the first African female artist to sell out London’s Indig02 venue, Tiwa has had a lot of firsts in her career. At 40, the superstar continues to defy norms and prove to millions of women all over the world that it can be done.

Through Queens of Base, MTV Base is further reinforcing the fact that it’s time to give our female superstars the love and attention they deserve.

The playlist which airs on MTV Base (DStv channel 322 and GOtv channel 72) every Saturday in August features big names such as Nigerian superstars Tiwa Savage, Yemi Alade, Teni, and Niniola as well as South African music queens Sho Madjozi, Busiswa and Moonchild among so many others.

International superstars like Beyoncé, whose recently released film, ‘Black Is King’ is still making major waves globally, and ‘Hot Girl Summer’ rapper, Megan Thee Stallion will also be featured in the Queens Of Base playlist.

The ‘Queens Of Base’ playlist will broadcast on MTV Base at 4 PM WAT every Saturday this August, and that is definitely something to look forward to!

Hottest Photo Reports
Catch up with all the political quotes from our politicians.
Advertise here
More Celebrity
ModernGhana Links
Veteran Actor Jim Iyke: Debuts Volume 1 of Book Series - The Gift In the Odds: Walking Through Walls
Angélique Kidjo, Psquare, Fireboy and others joins faces of Afrobeats campaign
Ini Edo Explains Why She had Her Daughter Through Surrogacy
Burna Boy In Good Company With Architectural Digest's Open Door Series
Nollywood Star, Usman Suleman, Is Optimistic About The Second Half Of 2021
Nigerian French-canadian Star, Tome Bags Prestigious Juno Award For Reggae Recording Of The Year At The 50th Juno Awards
British International Superstar, Naomi Campbell In Endsars Conversation With Femi Kuti, Isha Sesay, Yemi Adamolekun On 'no Filter With Naomi'.
Yvonne Jegede Makes Directorial Debut With “Separation” and “Wife Of The Year”
Yvonne Jegede: Lady In Red Attempts To Break The Internet With New Pictures
TOP STORIES