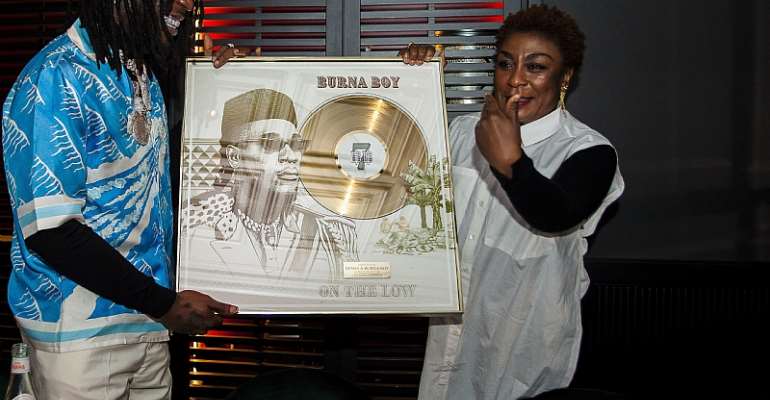 Over the weekend, Grammy Award-nominated Afro-fusion pioneer, Burna Boy received a gold plaque for his 2018 released single, “On the Low” which went gold in France.

During a dinner organized at Guise Trattoria restaurant, Paris, France, to celebrate this tremendous feat, the gold plaque was presented to the singer for the single which has garnered over 15 million streams as of February 2020 in France, which is equivalent to 100,000 pure sales.

As they normally would, the plaque was prepared by his label, Atlantic Records. “On the Low” was released on November 16, 2018, as the second single off Burna Boy’s widely acclaimed fourth studio album, African Giant. The hit single was produced by Kel P and has since amassed over 103 million views on YouTube.

The singer was accompanied by his mother and manager, Bose Ogulu also known as Mama Burna, and his sister, Ronami Ogulu. Also present was the CEO Goldmine Talent, Christina Milian, Matt Pokora and friends, and family.

See photos from the dinner below: