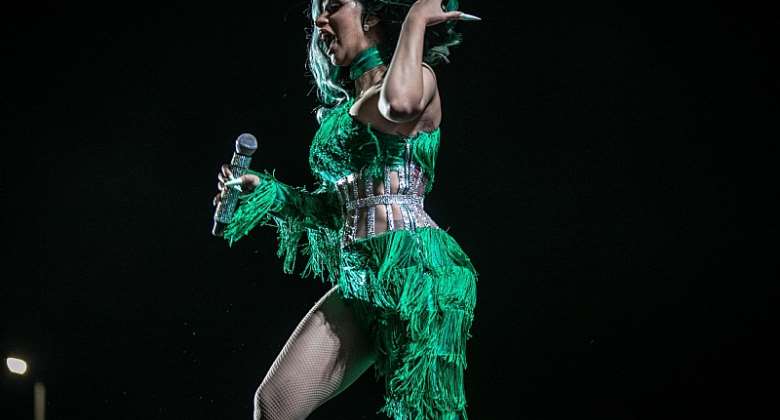 Multiple award winning American rapper, Cardi B performed for the first time in Africa at the Livespot Festival held at the Eko Atlantic City, Lagos on Saturday, December 7, 2019.

During the electrifying performance which featured some of her hit tracks such as Bodak Yellow, Bartier Cardi, I Like It That, Girls Like You, Money, Press, Backing It Up, Be Careful among many others, the Grammy award winner was spotted adorning Nigeria’s national colors as her hair and outfit were two tones of green and white.

Cardi B performed at the Livespot Festival alongside other critically acclaimed Nigerian artistes including Burna Boy, Tiwa Savage, Teni, Patoranking, Niniola, Reekado Banks and DJ Cuppy among others as part of her two-city tour Africa to Lagos and Accra.