See Why Mercy Thinks Tacha Is A Low Budget CeeC 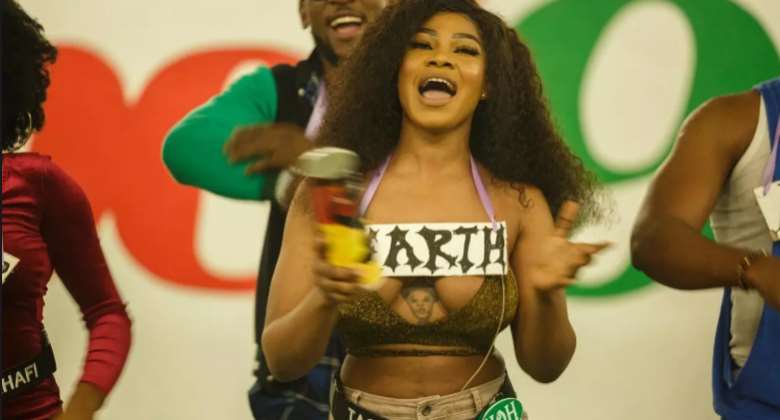 With less than two weeks left till the end of Big Brother Naija, the stakes are higher than ever and housemates are definitely feeling the pressure as we've seen in the latest episode of Extra View on Showmax.

Earlier in the week, housemates were tasked with leaving their mark in the house by painting their unique individual graffiti on the wall. As part of his graffiti, Omashola chose to paint his fellow housemates. However, Tacha wasn't pleased by this and proceeded to clean off her image after Big Brother's ninjas led Omashola and Mike away from the house for a Showmax movie treat.

While Omashola wasn't happy about Tacha's move, Mercy found her actions wanting and shared her thoughts with her love interest, Ike. Describing Tacha's actions as unnecessary, Mercy revealed that the move "weighed Omashola down a lot".

Ike, however, suggested that Tacha's actions sprung from the fact that the show was coming to an end "and she wants to be CeeC".

"He [Omashola] told me he's angry but he already knows that she's doing this thing because we're reaching the end and she wants to be CeeC."

Fans of Big Brother Naija will recall that CeeC, who was the second runner up of the Double Wahala set, had several heated run-ins with her fellow housemates, which led fans to dub her ‘the real double wahala’, in keeping with the season's theme.

Agreeing with Ike, Mercy shared that she was glad Omashola didn't give Tacha the attention she seemingly sought, and went on to describe her as a low-budget version of the ex-Big Brother Naija housemate. "She can't be CeeC; she no even hard. She's forming to be hard, but that is how CeeC is. This one [Tacha] is a wannabe, low-budget CeeC."