Angels and Demons Theme Garnished Made In Heaven Premiere 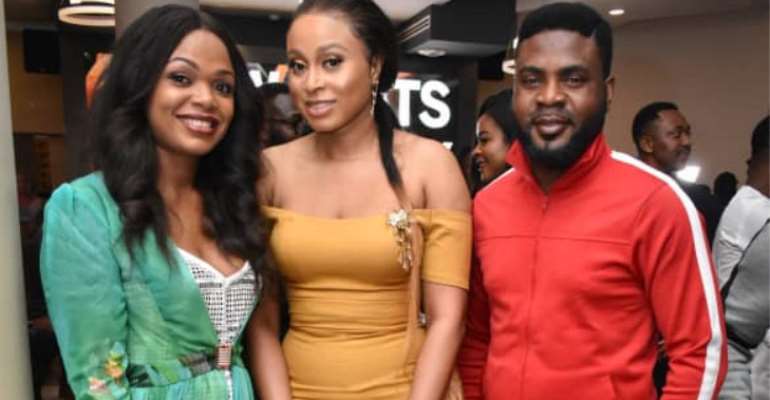 Thematic fashion came to town at the premiere of Made In Heaven, which held at the Filmhouse Imax Cinemas last Sunday. The star-studded event which was amplified by the Angels and Demons dress code was well attended by the crème of the entertainment and business world.

The premiere which heralds the Friday September 20 release of the movie was attended by the cast and crew of the movie including Ay, Lasisi Elenu, Nancy Isime, Uche Nwaefuna, Jdess, Jay Franklin Jituboh, Chinonso Young, and the producers Darlington Abuda and Aloysius Okeke.

Majority of the guests who attended the premiere came dressed to the nines in their exquisite interpretation of the Premiere dress theme and regaled in the refreshments presented by Intercontinental Distillers Limited.

The movie which was supported by the House of Tara tells the story of Richard and Angela, two romantics who have always fallen into bad and sometimes abusive relationships.

According to Mr Aloysius Okeke, one of the producers of the movie, MIH was designed to ensure that viewers get the best of the cinematic experience. He revealed that the movie was the product of a co-production venture between Newlink Entertainment Limited, Peekaboo Global Consulting and NewOhens Limited. “As a consortium we are always looking for ways to improve our art. And this involves putting a lot of effort into scripting, shooting with the best equipment and an array of first-rate stars. All of these come to bear in Made in Heaven. Viewers are in for an exciting treat when the film finally starts showing at the cinemas from September 20.”