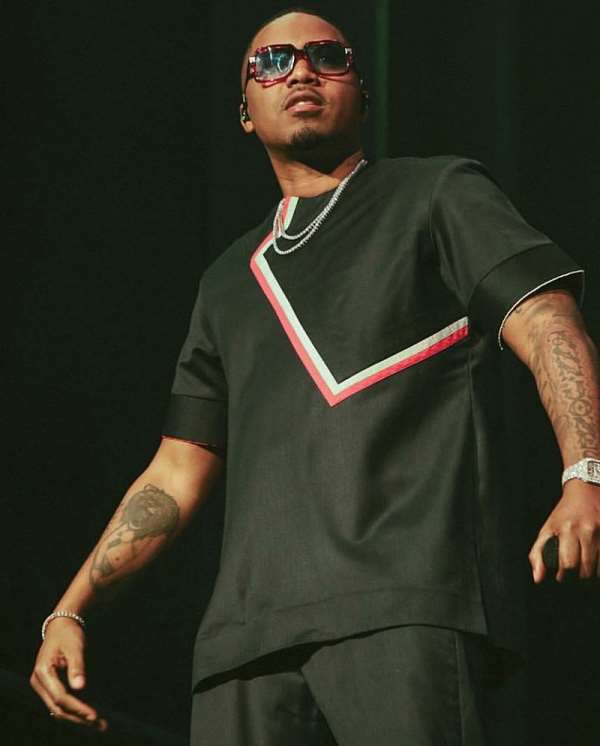 Multiple Grammy awards nominee and rap legend, NAS has been pictured donning Nigerian Fashion Brand, Aramanda during his #royaltytour with R&B icon, Mary. J. Blige which is currently taking place across multiple cities in the United States of America.

The tour, which kicked off in July, will run till mid-September and mark as a direct follow up to past collaboration between the pair in 1997 and 2012.

Multiple photos on Nas’ official Instagram page shows the rapper has given a nod to African talent thereby rocking Aramanda during his performance in Tampa Florida and Detroit.

Aramanda was founded by a young Nigerian, Araoluwa Olamilekan Popoola and started with only one staff when it was established in 2013. The brand has grown into employing more workforce and have a network of clientele across the globe.

Speaking on this feat, CEO Aramanda, Araoluwa Olamilekan Popoola said “It felt so great seeing Nas rock our style during his tour. This is just another proof that all dreams are valid. I’m so elated by the positive reviews on social media and I can’t wait for the world to see all the great styles we’ve been creating. There’s more to come”.

This is not the first time Aramanda has been worn by world stars. It can be recalled that African-American singer, Jidenna was also spotted in a bespoke Aramanda item at the 2019 BET Awards, while Young Jeezy was on the red carpet in a Wakanda inspired outfit.

Aramanda has been described as an infusion of the ‘old’ and ‘new’ Africa. The brand is designed for everyone and can be ordered and shipped worldwide.