7 Nigerian series worth binging on 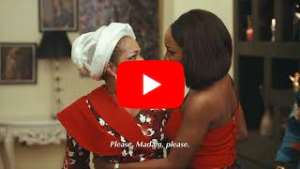 So you’ve been wanting to get started on Nigerian series for a while now and have no idea what to start with, or where to even find them? This article is for you.

Showmax has an impressive lineup of some of the most highly rated Nigerian series, ranging from comedy to drama, and everything in between. To help you get started, Showmax put together a list of 7 of the most binge-worthy Nigerian series worth checking out.

1. Battleground
What it’s about: A drama series centred around the Badmus family, Battlegroundtells the story of a wealthy Nigerian family and the often questionable lengths its patriarch goes to to hold on to power, wealth and even family.

Why you should binge on it: It’s a great script with the right dose of suspense, drama, and the occasional humour. We also get to see singers like Yinka Davies and Waje take on acting.

2. Hustle
What it’s about: A comedy-drama which tells the story of Dayo, a gullible but optimistic young man who moves to Lagos with dreams of making it big.

Why you should binge on it: Relatable, easy, breezy comedy that showcases all the challenges that come with living in Lagos, in a light-hearted manner. Sola Sobowale is also in her full dramatic element.

3. Tinsel
What it’s about: Nigeria’s longest-running television series, Tinsel tells a story of the corporate struggle for dominance between two influential studio owners and their families.

Why you should binge on it: With over 2,500 episodes, Tinsel offers the ultimate binge-fest and you can now watch it at your convenience on Showmax.

4. Flatmates
What it’s about: A sitcom centred around four male friends who share an apartment, and get into all kinds of trouble together.

Why you should binge on it: Boasting some of Nigeria’s most prolific comedians, you can be sure you’re in for a few laughs.

Before 30 Official Trailer
Author: B430

5. Before 30
What it’s about: Before 30follows the lives of four friends as they navigate the treacherous waters of being single in Nigeria at what’s considered a marriageable age.

Why you should binge on it: Great dialogue, beautiful cast and stunning shots. Need we say more?

6. The Johnsons
What it’s about: An average Nigerian family and the everyday challenges they navigate, told from the perspective of their special 15-year old son, Efe Johnson.

Why you should binge on it: With an AMVCA best actor win for lead actor, Samuel Ajibola (Spiff), AMVCA 2017 Recognition Award - Best Comedy, amongst others, under its belt, The Johnsons is a classic Nigerian comedy.

Meet the Siblings – My Siblings and I | Africa Magic

7. My Siblings and I
What it’s about: A family comedy series that tells the happenings in the Aberuagba family through the eyes of each family member.

Why you should binge on it: Humourous and highly relatable, My Siblings and I has at least one character everyone can relate with.