I don’t want to be Like My Father…Singer, Femi Kuti 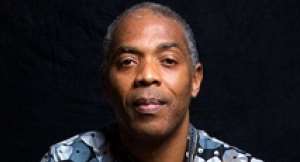 Singer, Femi Kuti, is doing well for himself in the Nigerian music industry yet not ready to fellow the complete footsteps of his late father, Fela Kuti.

Femi who has always ignored the attacks thrown at him for not doing or speaking the way his late father does back then stated that he loves and honour his late father but will never be him.

In his words, “Pity for you ni o. I’ve said it several times, I probably will have to repeat till I die, I don’t want to be my father. I him, I honour him, I respect him, but I want to be me. I love being Me Femi Anikulapo-Kuti and I totally appreciate myself and my being.”