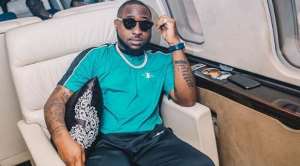 Singer, Davido, might be not be loved by many but one thing to observe about the singer is his act of giving and supporting cool talents around the country.

He might be a privilege singer, but that has not taken the away the fact that others cannot be helped or supported.

The singer who is social media savvy as tried in reaching out to many and the latest in the bloc is young skit makers on social media known as the Ikorodu Bois, who have been mimicking lots of celebrities and their activities.

Davido has decided to gift the kids the sum of N1 Million naira to support their efforts in mimicking embattled politician, Dino Melaye, who is described as actor.

In his words, “These kids are legends, send una account number make I send N1m to una, this one enter.”