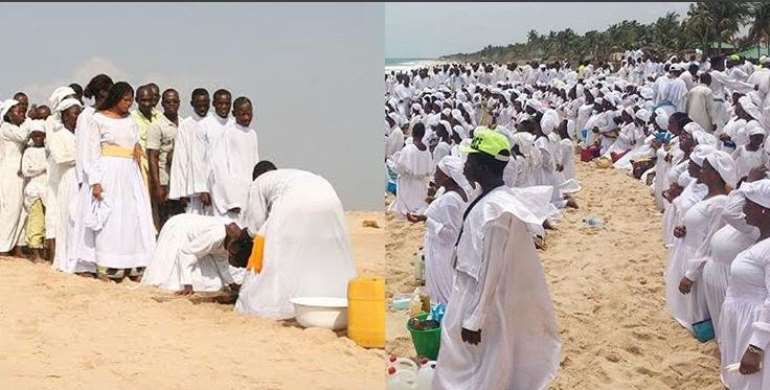 The actor having had a feel on the three major religion in the country questioned why the White garment church goers like associating themselves with the water side.

According to him, “Growing up, I really wasn’t too certain about religion. Sometimes, I do follow neighbours to Mosque (Ile Keny) especially during fasting period as there surely will be free food and that enabled me learn a few aaya verses in the Quran.

“My mother at that time used to pray a lot in Jesus name but she wasn’t much of a church goer because they travel a lot touring my father’s films. There were times when she handed us over to her friend who lived close by and happened to be attending Cherubim and seraphim church and I remembered vividly that my brother Sina and I joined “Omo ogun Igbala “Salvation Army” at some point and followed a group to Bar beach to pray a few times.

“Some of our neighbour in Alagomeji were attending Celestial church of Christ and there was a big Church of the lord Aladura on our street in Alagomeji/sabo. My closeness to the Kalesanwo family also allowed me some adventures to Ori Oke Tabora and a few times at the same Bar beach. The traditional believers like the Olokun and Yemoja worshipers most times do their Spiritual cleansing at the Beach or sea side. Is there any corollation with Beach thing? I want to learn”