By Nathan Nathaniel Ekpo
Behind The Scence 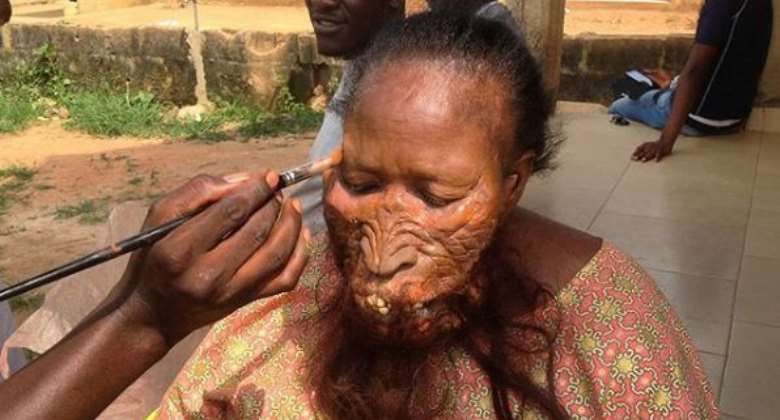 One of Nigeria’s respected makeup artist, Hakeem Onilogbo better known as Hakeem Effect, is really taking his craft to another level and he is getting known worldwide.

He rather started on a slow pace after trying his talent in acting and it never paid off which pushed him into learning how to make people up for various scenes and today he has won several awards for himself.

Hakeem does not see anything as being difficult for him because through the grace of God, he knows how to use faces of celebs to recreate another face.

Lot of his works has been seen in various movies which has helped transform the face of the industry. His latest works on the face of popular Yoruba actress has gotten everyone taking.