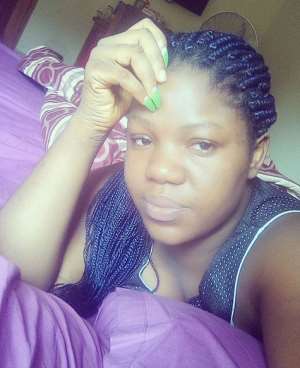 Nollywood actress, script writer, dancer and singer, Ernestina Chikere, has taken to her instagram page to give food for thought she referred to as ‘Sunday Tonic’.

The actress stressed that if a man sleeps with a lady outside his relationship, it does not mean he has stopped loving his partner as men do not attach emotion to sex but women do and that is why when a woman begins to sleep with another man outside her relationship, she stops loving her guy.

“Most women who take their husbands to court for divorce are those that cheat on their men. A non cheating woman would most likely never take her husband to court for divorce, unless the man exceedingly abuses her physically and emotionally to the point of killing her.

“Men don't equate sex with love. A man can have sex with another woman but still doesn't love her. That's why women who fell in love with married men find it difficult to find happiness in those relationships as they are just being used by those married men. But once a married woman starts sleeping with you, she can even narrate some hidden secrets concerning her husband and she will even tell you why she hates him (her husband). She can even accept poison from you to eliminate her husband.

“For men, sex and love are two different things. But for women, sex and love are one and the same things. For men, sex comes first before love (infatuation), but for women love comes first before sex (true love). Therefore, once your woman starts having sex with another man/men, her love shifts from you to that man and she can even start giving that man the best food and love than she gives you.

“If your wife starts cheating, you should be a lucky man not to die in less than 10 years. It has been found that 95% of women who cheat wish their husbands dead. That is the main reason why it is dangerous for a man to continue staying with a wife who cheats on him…”, she wrote.

Latest Photo Reports
Catch up with all the political quotes from our politicians.
Advertise here
More from Nollywood Voices
ModernGhana Links
Badyouth has been described in the industry as an Artist with manyfacets to his talent as a producer.
Nollywood Celebrities Set Hold Candlelight Procession for Late Actress, Abimbola Aisha
Adeniyi Johnson Advises People to Change Their Mindset
TOP STORIES