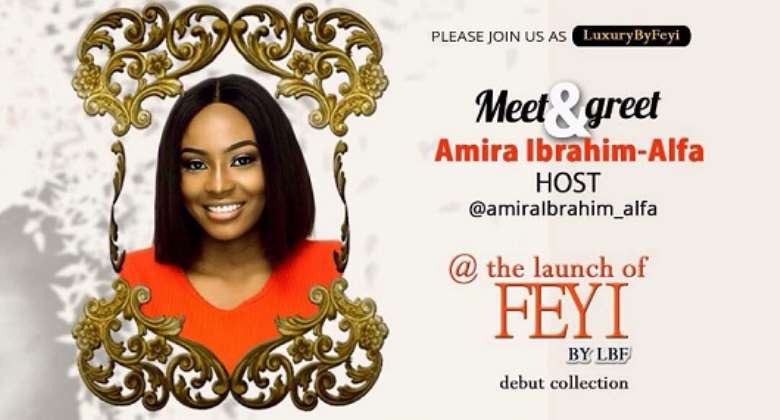 The youthful, beautiful, adorable and charming TV personality, Amira Ibrahim-Alfa, has been unveiled as the official host for the launch of the affordable diffusion line F E Y I by LuxuryByFeyi.

This a "luxe meet modest" clothing line specially tailored for the Nigerian market.

The launch will also be celebrating the gracious and evergreen fashion icon, Princess Abah Folawiyo, the founder of the famed fashion brand Labanela who recently clocked 75.

Amira is currently the Face of AFWN & AFWL 2017. Amira has worked with notable fashion designers. She has hosted few red carpet Events.

In 2016 she was named the most promising red carpet host" during the Glam & Essence style award & running show and a judge in few pageants.

Amira has so far grown to become any photographer's delight immediately she steps on the red carpet to prove her versatility and she has never failed in stepping out in lovely outfit to promote the true African woman.