Viewers Gear Up For Final Battle Rounds Of Airtel TVN 2 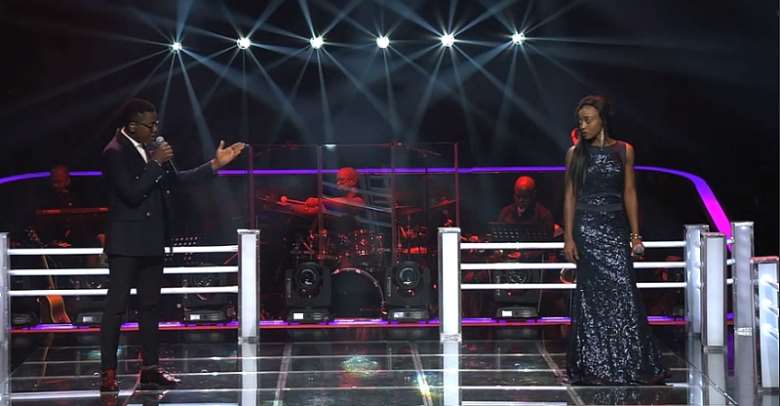 With only two possible steals and one battles round remaining, the rest of the contestants aspiring for a spot in the Live Show of Airtel’s The Voice Nigeria will on Sunday, August, 2017 have their chance to sway the coaches in their duet performances.

Knowing that the road to the Lives has worn thin, viewers are anxious to see stellar performances from talents despite the tension and pressure of the battle at this stage.

So far in the battle rounds, six talents have been given a lifeline to the next stage, thanks to the steal and they have switched from one Coach to another.

In the last episode, six talents made it to the Lives in a soulful showdown – taking the total number of qualified contestants to 22.

The night began with #TeamPatoranking’s Syemca and Afolayan performance of ‘Drag me down’ by One Direction. Afolayan was elected as the winner of the round but to the surprise of the audience and Syemca, the remaining Coaches hit their buzzers for a Steal.

Syemca chose #TeamYemi even though Patoranking also tried his luck in stealing back his own talent. Ebube battled Grey as they performed ‘Suit & Tie’ by Justin Timberlake with Ebube going through to the Lives and Grey going home.

Kendris and Nwando in #TeamTimi also slugged it out with the performance of ‘If love is a crime’ by TuFace. Kendris emerged winner. We also saw Grace and Precious perform ‘When a man loves a woman’ by Michael Bolton with Precious winning the Battle.

#TeamWaje had Wow and Paulyn perform Labrinth’s ‘Jealous,’ a performance that saw Wow getting the nod and moving on to the Live Show.

One of the performances of the night that got the live audience thrilled was the battle between #TeamYemi’s Yimika and Bunmi. The duo performed ‘Eiye Adaba’ by Asa. Bunmi stepped up her performance in the contest to the delight of Coach Yemi and she did not hesitate to hand her a slot in the live show. Yimika was also lucky to progress to the Live Show representing #TeamPatoranking.

With only one episode of the battles left, it will be interesting to see which contestants will make the final show.

The Voice Nigeria is proudly sponsored by Airtel, the smartphone network.