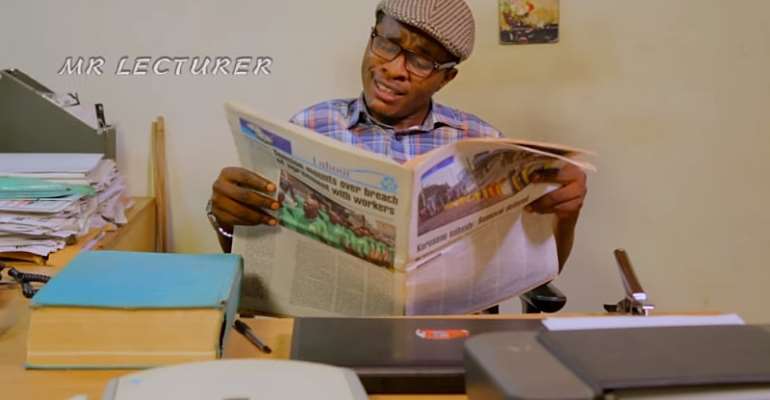 In this episode 8, Dele plays the role of a university lecturer and is seen expressing his dissatisfaction with the recent happenings as published in an unidentified newspaper, when a female student who apparently failed his course walks in to sort things out with him.

The plot twist of this episode comes in when Dele gives the lady a response that made her believe he had fallen for her tricks, only to be disappointed.

Dele Issues (Daily Issues), revolves around the main character of the series; Dele, who encounters the constant dilemma that comes with everyday life. The skits are popular for having elements of comedy-drama and satire – ultimately making the series a must-watch.