I was rejected 15 times by the United States Embassy in Nigeria...Princess Halliday 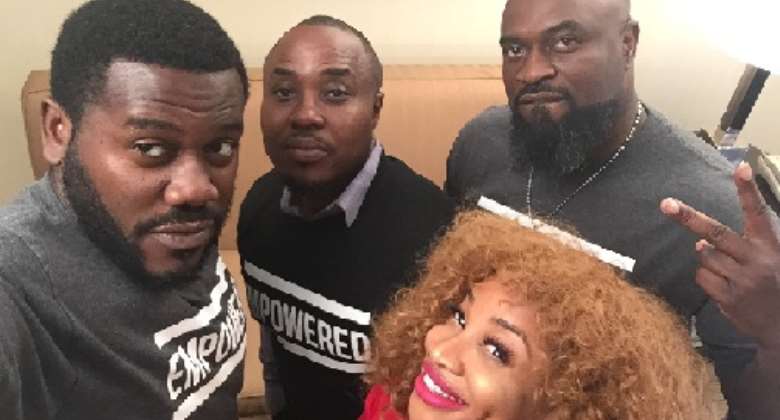 Princess Halliday on the drive for Empower Africa Initiative which seeks to advance African development by inspiring, preparing, empowering and connecting leaders to drive change on the Princess Halliday Show discusses with Africans who have done positively beyond the odds.

Princess Halliday has been a guest lecturer on Ethics and leadership at the California State University Northridge. She is an internationally recognized leadership consultant. Having exercised her expertise in high-risk domestic and international situations; global conflict and terrorist incidents; diplomacy; and business, She is determined to change the culture of leadership for men, women, boys and girls.

Princess Halliday developed and presented lectures to the U.S Army base Virginia on “Emotional intelligence, leadership and service members transitioning from the military”. This was accepted and considered for integration into the system to help army officers and families during their transition process. She keeps accomplishing the extraordinary for Africa.

With Public speaking as her core, Princess Halliday revealed during her speech at the women in power forum in Beverly Hills California 90210 that the sole reason EAI was created is showing positivity to the world and generating revolutionary leaders, keeping in mind that people are more likely to try to tackle difficult challenges when they see others whom they respect doing so.

The graceful, multifaceted leadership consultant and television talk show host received her bachelors in Petroleum Engineering, leadership certificate for post graduate professionals in communication from Harvard University, Professional Graduate certification from school of business Virginia Commonwealth University and currently an additional degree in Leadership from Woodbury University Los Angeles California. Princess Halliday is determined to make a difference in the lives she touches that stretches further than ordinary boundaries—a true testament to reaching for the stars!

“Why won’t young people be leaders she would always say! Yes Young men and women have great initiatives and can be leaders”-Princess Halliday

Nima Clashes: I ran for my life after hearing gunshots - Res...
32 minutes ago