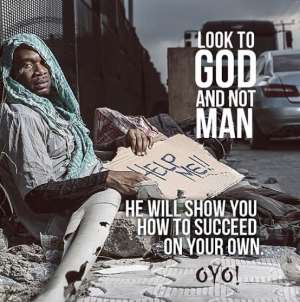 Don Jazzy's younger brother and music artiste, D'Prince just released a new single titled "OYO" on September 5, 2014 and released few motivational promo photos alongside. The song is a motivational one, urging people to work hard on their own and not depend on anybody except God.

The Mavin record artiste in the photos hammered on the rejection the poor gets from the rich in the society. In the photos he acted like a poor man begging for help and looking at another rich man who placed lots of food on his table and didn't give a eye to the help he needed.