Are We Entertainers Socially Irresponsible - Etcetera 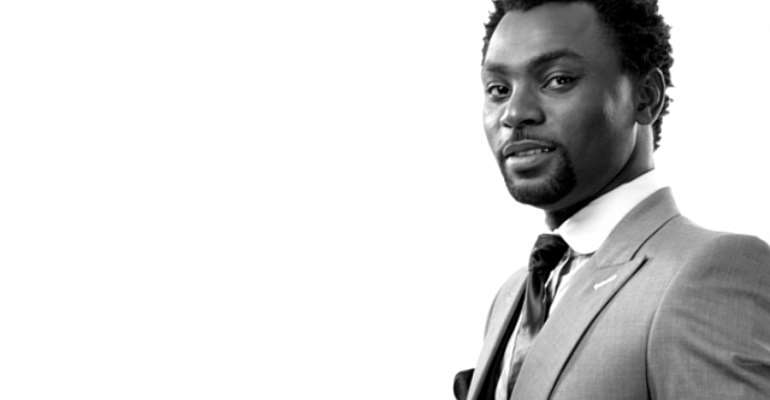 I got a call on Wednesday morning from one of our popular female artistes asking if she could be a guest on my radio show to promote her new album that is meant for release this month. I said, “Why not? It will be my privilege to have you on my show.” As we talked on, I tried chipping in a little advice that it might not be a good idea releasing an album in the middle of an ebola crisis; suggesting that right now people might be too worried and preoccupied with the ebola scare to care about a new album. I told her she would stand the risk of being branded insensitive for dropping her album at a time the country is having a crisis of some sort.

I went on thinking I could convince her to postpone the album release to a time when she can easily get people's attention. But she wouldn't hear of it. She said “Bros forget dat tin abeg, Naija no dey send tins like dat. After all, Dorobucci was released on the day of the second Nyanya bomb blast and just after three weeks of the first blast? Why didn't they call it insensitive or irresponsible?”

She got me chewing on that for a minute as I couldn't think of anything further to say than, 'Ok dear, you are on for 7pm this Thursday.' Isn't it wonderful how the peculiarities of this country knows no limit? Even in entertainment, we are of a different cloth. It's a party with no checks. How possible is it that Dorobucci's release on the same day of a major disaster could go unnoticed even by the legion of entertainment journalists in Naija?

Little details as the timing of a song release has never been an issue here as much as it is in other climes. In the US for instance, a simple thing as that can make or kill a song. But how lucky it is for the musicians and music stakeholders in Nigeria that nobody bothers with such. The social irresponsibility of the artist has never been an issue. As a celeb you can slap a police officer on your way to an interview, brag about it live on air and get endorsed by a multinational brand that same day. We are indeed a unique people. Maybe that explains the bulk of unnecessary issues we face as a nation.

Let's move further into today's topic before they say Etcetera has started again, with his exaggerations. I am already having akpatoyi (goose pimples) with the thought that some have already called for my excommunication from entertainment's holy of holies for daring to defecate on the alter of Naija entertainment's ecclesiastical sanctimonium . Please forgive me Father for I have sinned against the Cherubims and Seraphins. Inomine patri et fili et spiritus sancti amen.

Some have attributed the nonchalant nature of the Nigerian artist to a deeper societal moral decay that has developed into our entertainment tradition. But it can also be traced to the separation of the artist as an individual from the message of his art. Very little connection is seen between the evaluation of the artist as a person and the evaluation of his works and its messages. You don't have to look very far for evidence of this separationist attitude in the industry. You only just have to look at the artist whose songs about humanity, equal rights and justice touched millions, while he goes to concerts in his Bentley protected by vicious bouncers flogging his fans away; or the ones who preach against corruption but always disobey traffic regulations.

In some other countries, the aesthetic judgement of an artist is intrinsically linked to how the artist lives. The concept of an artist's craftsmanship that is not connected strongly to other aspects of the artist's life is unacceptable. As a matter of fact, the ideals of the religious songs that formed the basics of our beliefs in these parts should be integrated into the devotional life of the artist.

Why has this hypocrisy flourished in our society? It has become a standard operating procedure for the social interface used by creative artists today. And by accepting this status quo, we ensure its survival. Now more than ever, it is extremely important that people realise that they are personally responsible for their actions. When an artist is able to isolate himself or herself from the messages in their songs, they come chillingly close to the “I'm just doing my job” mentality of a suicide bomber. If you preach nudity and alcoholism in our music, how do you correct an indecently dressed child? In fact, it is through the role models that we hold forth for the rest of society that we can work to change the society.

I am certain you can list some artists who are active in trying to shift our culture towards more humane approaches to living. But my emphasis here is not the rhetorical espoused in an artist's song, but the way in which the artist leads his or her life; the practice-what-you-preach idea. But in my opinion, the practising is far more important than the preaching. As creative artists, we are in the business of manufacturing culture.

We are helping to define cultural attitudes. Through our works, and more importantly the way we work, we can demonstrate to the rest of the society more desirable and appropriate ways of being human. Why not use your fame and visibility for the betterment of humanity? Some of you might read into what I am saying as a call for some sort of police to crack down on social violators within the entertainment industry. But I am only just insinuating that the methods some of us use to achieve our goals say a lot about the goal itself. Of course I am not advocating for music designed to show off some imaginary golden world that artists live in because I believe that the traditional picture of the artist as the quintessential bohemian existing outside of society, marching to the beat of a different drummer, is tempting, but also false. The very act of we artists placing ourselves outside of society is a profound statement about the society we live in.

I don't want you to take this as an attempt of handing down a list of “Thou Shal Nots” or see it as trying to establish a moral yardstick by which arts should be measured. I just want to appeal to our inner sense of right and wrong. We shouldn't model our arts in conformity with some set of political and social preconceptions (unless that's what you want to do). And as you go ahead and create whatever you are inspired to create, you should also think about the model of the society that you are putting forward. Would you want to live there?

Inside Politics: Political Quotes
Catch up with all the political quotes from our politicians.
Sponsored
More Nollywood Q&A
Modern Ghana Links
Tiwa Savage Gets Attention Of Another Woman's Husband
There is Nothing Wrong Having Celebs as Politicians………Bob Manuel Udokwu
Bubbles Magazine Describes Davido As ‘Near Legend’
“I Am Begging Nigerian Girls To Leave My Girlfriend Alone”---Mikel Obi
MISTRESS TEARS MOVIE DIRECTOR’S HOME APART
Intimate life of Nollywood actress, Chioma Toplis
What's Wrong With This Picture?
Odunlade Adekola vs. Femi Adebayo: Who’s better?
Can You Spot What's Wrong With These Picture ...?
Election Reports Quotes Dossiers
TOP STORIES