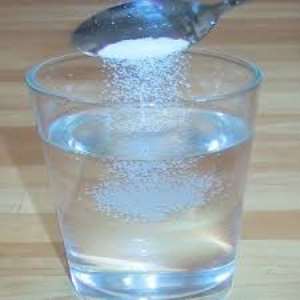 With the recent speculations and Black Berry Messenger broadcast that the recent Ebola virus outbreak could be prevented through the use of salt mixture in water, the master minder has come out to tender her apology.

It went viral recently via bbm broadcast that the Ministry of Health has asked everyone to bathe with salt and warm water and drink some of it so as to help avert the virus.

To some Nigerians, it was funny why for some; it was a serious issue which needed to be given a trial. The moral lesson on this is that you shouldn't believe every thing u see on BB Broadcast

Here is the apology letter below;

My confession and apology

My name is Adesewa, I am coming out clean because what started has a joke has escalated into the unprecedented.

playing a prank on our friends. The first suggestion was to tell people that aloe very could cure Ebola, but we thought it would sound too ridiculous so we forgot about it.

Later that even an idea came to me (i now regret that i did it).

I decided to send a BBM broadcast message to my friends, telling them that the Ministry of Health has asked everyone to bathe with salt and warm water and drink some of it. I sent the message 7:08pm yesterday

Later this midnight i started getting calls and messages that i should drink salt water and bath with it.

All efforts to tell people that i was the one who started the joke failed. Only my friends who i mentioned earlier believed me. Even my mum could me this morning; i did not know what to tell her.

I am using this medium to beg you all to warn and tell everyone, before they drink salt and damage their health.

Please don't be hash on me. I know this has gone out of hand. I never knew it will be this serious. Some have even added to the original message i sent.

Clarion Chukwura Gets 'Shut Up' Reply From Ibinabo