I Never Cheated On My Ex-Wife—Funky Mallam 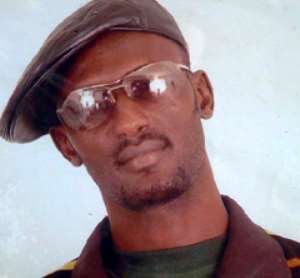 Nigerian comic actor, Saheed Mohammed better known as Funky Mallam, has disclosed that his job was part of what made his first marriage crash.

According to the actor, he was married for three years before he divorced his wife because he felt they were no longer compatible.

He noted that he got married to his wife while he was acting but she suddenly changed as time went on because she felt he was cheating on her.

Narrating his matrimonial ordeal, “I was married for three years before the divorce and I think maybe we were not compatible. We have a son who is presently with my grand mum because of my busy schedules. I am looking forward to re-marrying very soon because I still believe in the institution of marriage. I think I have found love with someone else and we are looking to see how things will go on so we don't make the same costly mistake. I think my acting career may have been partly responsible for the collapse of my marriage because my wife is very sensitive of my every movement and got so involved in my job.

“She understood the nature of my job yet it got to the extent that she got loose and couldn't control her emotions. I never wronged or cheated on her, but she got so suspicious that even if I was close to my phone while it rang and she was fifty-metres away, she would rush to pick my call,” he said.

“She met me as an actor but I was surprised the day she told me she didn't know what I really do for a living and it was a big shocker to me. My new lover totally understands my job and she says it is a man's world,” he explained.