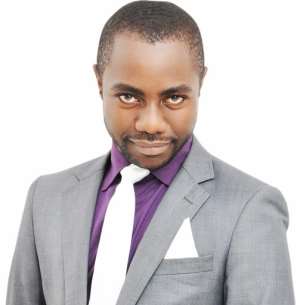 Fast rising comedian as he wish to be addressed as, Mc Danny B formerly known as Mc Baba D, has disclosed to Nollywoodgists.com that he appreciates the way the entertainment industry was rapidly growing, especially the comedy aspect.

Mc Danny B, explained that before, companies don't recognize comedians but now things have changed as companies now understand what comedy is all about and they want to sell their products through comedy.

The comedian praised the likes of Ali Baba, Okey Bakassi and other veterans who have helped set the pace for other young talents to follow as comedy is now seen as a lucrative business in Nigeria.

According to him, comedy is making people relief from their pains and sorrow. People just want to be happy, they want to ease of the stress and burden they are carrying and as such, they want to listen to things that will make them happy and laugh.

He explained that what has been able to sustain him in the industry has been his creativity and uniqueness. “ As a comedian, you don't move anyhow while on stage, you don't talk anyhow, you just need some level of comportment and be creative with your jokes because you are there to make people happy.”