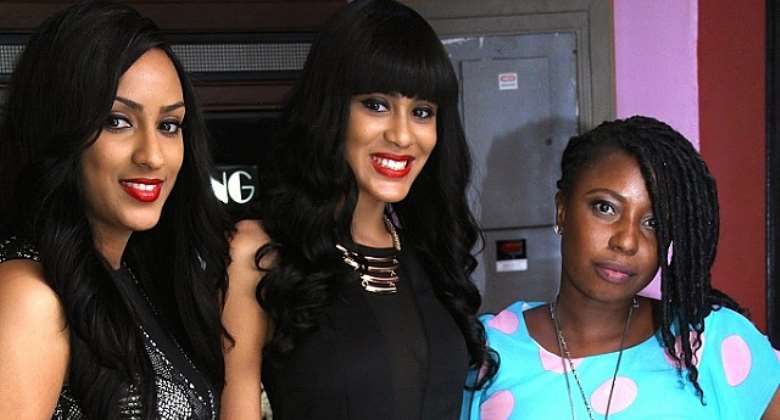 Last Friday, Silverbird Galleria in Lagos welcomed some top stars in the Nigerian entertainment industry, who were at the movie premiere of Ghanaian actress, Juliet Ibrahim's film, 'The Number One Fan'.

The flick is Juliet's first self-produced job as a producer and from information scooped, she was really excited about it. She had held a Ghanaian premiere of the same movie in 2013, which also recorded a massive success.

Ghana’s economic woes has nothing to do with E-Levy; just st...
29 minutes ago