Ngozi Ezeonu, Others Stares In New Movie titled The Undertaker 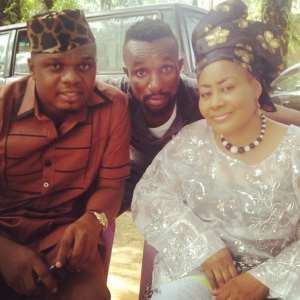 Nollywood actors and actress are working hard to see that the industry takes a befitting position in the world amongst its competitors.

Another blockbuster is already been worked professional one and the costumes are provided by one of the best costumier around, Chiemela Nwagboso, he also won the AMVCA 2014 award for Best Costume Designer, for his work on The Kingdom.

Ngozi Ezeonu, Harry B, Queen Nwokoye, and Ken Erics, are starring in the new movie, titled The Undertaker, which is currently being shot in Owerri. The movie is being directed by Theodore Anyanji, for Cosmic Productions.

E-levy has been approved, we just need backing legislation –...
15 minutes ago