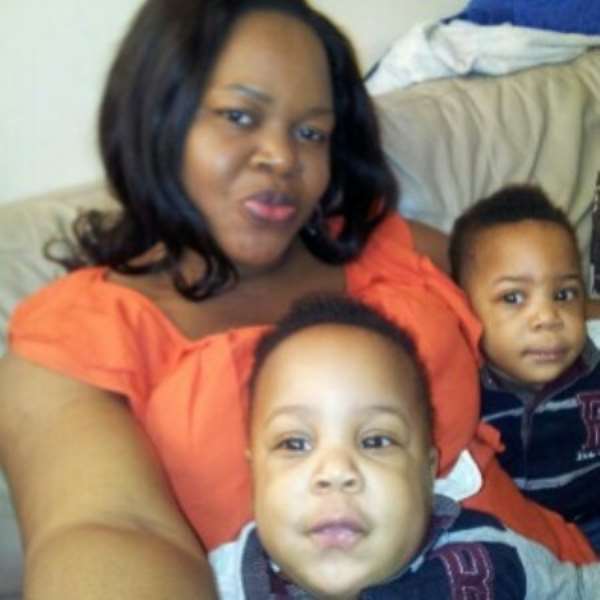 Months after giving birth to her twins abroad, popular Yoruba actress, Taiwo Aromokun has returned to Nigeria. We gathered that she got into the country recently.

In 2013, she gave birth to a set of twins; two boys and has since remained in the United Kingdom without returning to her fatherland. It was also reported that she was broke and because of that, she could not come back to the country.

Shortly after her marriage to her husband, Olayemi Abimbola, better known as Ogunre, Nollywoodgists.com did an exclusive report X-raying the actress' husband, what he does for a living and how he lived in the Netherlands for years before getting papers to stay in the country as an asylum seeker. We also then reported of his babymama in the Dutch country.

From what we gathered, Taiwo has returned to her house in Lagos with her two children.

How Taiwo Aromokun, Hubby, Fought Each Other On Wedding Day