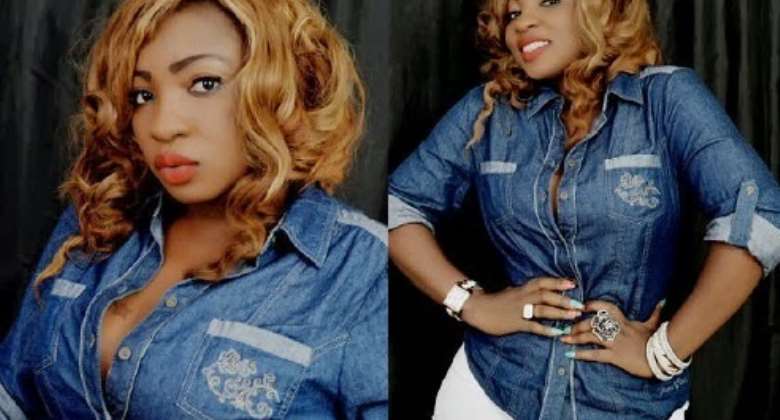 Marriage is a once in a life time thing and thinking seriously is the best option to handle some situations, it must be hard to choose between the one you love and your career at the same time, lot of thinking is to be done.

Nollywood actress Anita Joseph is really on a hot sit for marriage, This is because during the Val season, she got marriage proposal from her friend of many years, Martins Okorie, who is based in Europe but the actress turned the proposal down.

According to the information gathered, Mr. Okorie who is planning to get married to Anita this Easter gave her the condition to quit show business. The actress, we gathered swallowed her 'Yes' without thinking twice, as she cannot lose her immense passion for entertainment business.

What we are not sure of is if the issue was settled between them, and if the wedding will ever hold. However, insider sources has disclosed that Anita appears to be thinking seriously to consider the proposal, if she does, that means the talented actress will be off the screen to face her husband.

Foluke Daramola-I Can Only Leave Marriage Because Of Physical Abuse