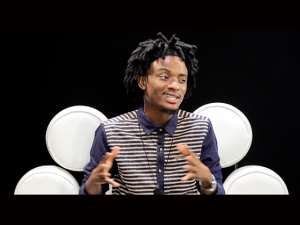 Then number one song for the week, “Turn Up” is replacing Wizkid's“Jaiye Jaiye” which slides to number two after spending two weeks at number one.

This week's number 5, Mr 2Kay makes a guest appearance on the show with MTV VJ Ehiz, where he talks about his music video for “Bugugaga Remix” and will give his personal opinion on the hottest music videos in the Nigerian music scene.

DJ Xclusive is the week's biggest climber, up two places to number 6 with “Pangolo”.

Other chart climbers include Banky W whose “Jasi” climbs to number 8 and Sean Tizzle, up one place to number 9 with “Komole”.

Other artists featuring on the chart include Tiwa Savage and Burna Boy.

Every week, the MTV Base Official Naija Top 10 powered by Star Music is put together by an elite judging panel of Nigerian broadcasters, music specialists and tastemakers, working with MTV Base to pick the winners and losers in the week's chart. On the panel are DJ Humility (Rhythm FM), DJ Jimmy Jatt, DJ Xclusive (Cool FM), Big Time (Rhythm FM), DJ Caise (The Beat FM), Toolz (The Beat FM) and Osagie Alonge (Nigerian Entertainment Today).

To learn more about the MTV Base Official Naija Top Ten Powered by Star Music go to www.mtvbase.com, www.facebook.com/MTVBaseVerified or follow MTV Base on Twitter @MTVBaseAfrica, using the hashtag #OfficialNaijaChart.

The "MTV Base Official Naija Top Ten" is an original MTV Base production and is powered by Star Music.

Hottest Photo Reports
Catch up with all the political quotes from our politicians.
Advertise here
More Celebrity
ModernGhana Links
Angélique Kidjo, Psquare, Fireboy and others joins faces of Afrobeats campaign
Ini Edo Explains Why She had Her Daughter Through Surrogacy
Burna Boy In Good Company With Architectural Digest's Open Door Series
Nollywood Star, Usman Suleman, Is Optimistic About The Second Half Of 2021
Nigerian French-canadian Star, Tome Bags Prestigious Juno Award For Reggae Recording Of The Year At The 50th Juno Awards
British International Superstar, Naomi Campbell In Endsars Conversation With Femi Kuti, Isha Sesay, Yemi Adamolekun On 'no Filter With Naomi'.
MTV Base Celebrates The Leading Black Women In Music With Queens Of Base
Yvonne Jegede Makes Directorial Debut With “Separation” and “Wife Of The Year”
Yvonne Jegede: Lady In Red Attempts To Break The Internet With New Pictures
TOP STORIES

Explosion: Transport of mining explosives was properly done ...
26 minutes ago