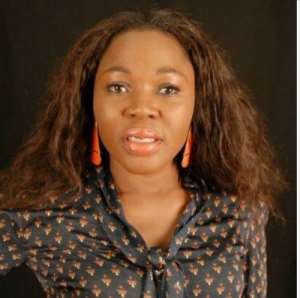 Upcoming Nollywood actress Yetunde Akilapa who was in the news early this year for allegedly being in possession of 100 master keys has been acquitted. If you recall, she was detained in Alade Divisional Police headquarters in Somolu, Lagos on Thursday, February 7, 2013 after she was arrested by a mob that accused her of stealing a bunch of keys.

Speaking through her lawyer to Bunmi Odunowo Daily, Yetunde said that the bunch of keys found in her possession were props she used in her movie, 'Bunmi Akata' and that she was arrested after being framed by people she regarded as friends. The case filed under 'Charge no F/10/13 COP v Yetunde Akilapa' was dismissed for want of diligent prosecution.

UTAG Strike : All 15 branches to continue strike
52 minutes ago