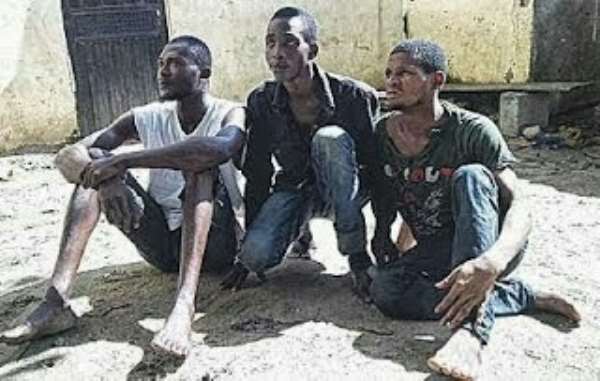 The police in Lagos State have arrested the alleged thieves of Pasuma's Range Rover SUV in May 2013. The suspected thieves were recently nabbed by men of the Special Anti-Robbery Squad (SARS), Ikeja, Lagos.

They allegedly confessed to have robbed the popular Fuji star of his 'mobile home'.

The leader of the group, identified as Ade, allegedly bought a Toyota Camry saloon car with the share of the spoils. A member of the group, identified as Wale, was arrested by the police, who later confessed to robbing Pasuma, which led to the arrest of others. The arrested suspect was picked by the police after a neighbour sighted him allegedly burying some weapons at his backyard.

Pasuma was reportedly robbed in May 2013 at gun point at Amadiyah area of Abule Egba, Lagos and was driven to Itele, which is a border town in Ogun State.

I Will Never Accept Fans Insult My Daughter--Annie Macaulay Fumes [Must Listen!]

I Flaunt My B0*bs Because They Are Firm, No stretch Mark- Actress Bimbo Thomas