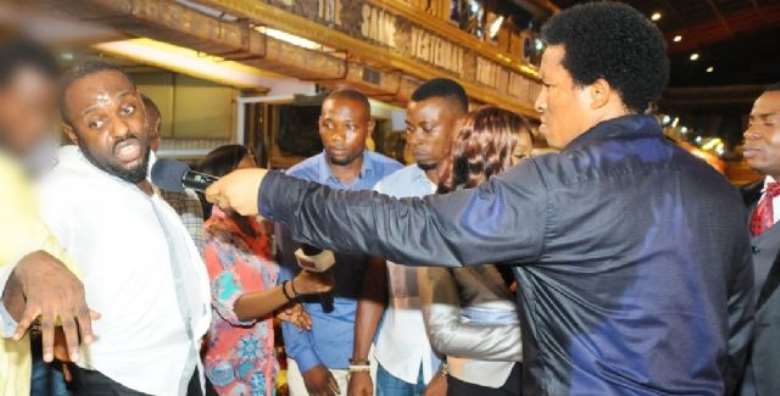 Nollywood 'bad boy' actor, Jim iyke has cried out to debunk news report going viral on the internet that he was delivered from witchcraft at the Synagogue Church of All Nations (SCoAN) headed by Prophet TB Joshua.

The actor was said to have undergone a deliverance session on Sunday at the church and was reportedly freed from some evil spirits which have allegedly prevented him from finding a wife despite being qualified to have one.

Some had also reported that he was delivered from witchcraft, but the talented make-believe star has rebuffed such reports by laughing it out.

He reacted to such reports via his twitter handle when he wrote, "lol witchcraft?! It's imperative I underscore that people are oblivious to what transpired [during my deliverance]. Ignorance is no excuse. Tailor your opinion to who you know."

Meanwhile, reactions have continued to trail the incident. Some Nigerians have questioned the authenticity of the video which showed the deliverance of Jim Iyke. Others termed it as another form of 'acting' by the actor allegedly planned with the church for publicity purpose.