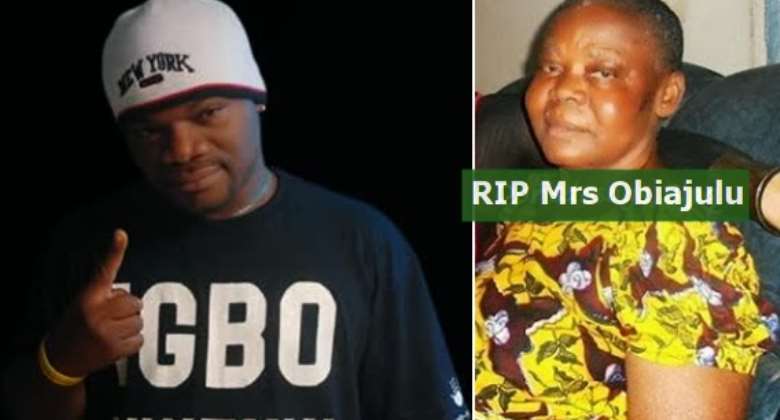 It's indeed another great loss to the family of Obiajulu as the dejected aged-mother of the late entertainer, Mc Loph, Mrs. Obiajulu bowed out a few days ago.

The death of the woman was said to have been caused by neglection and malnutrition since the two children she had MC Loph and his sister died in the ghastly motor accident in Benin Ore Expressway of September 14, 2011 while heading to a traditional wedding ceremony when the tragedy struck.

The car they were in somersaulted severally before landing in a ditch.

Mama who passed away in a private hospital in Enugu after battling an undisclosed illness once alleged MC Loph's manager, Emeka Morgan, of killing her son and daughter, in an interview said “Emeka Morgan killed my only son and daughter, left me childless and handicapped.

Since Obiajulu died, the only time I set my eyes on the so-called Morgan was in May 2012, when he came with Obi Madubogu, gave me a bag of rice, a gallon of groundnut oil and 60 thousand naira and asked me never to allow Nkiru (MC Loph's wife) to have a share of the money. But I couldn't, I gave the money over to Nkiru after he left and it was used to fix the Camry with which she does most of her run around in Lagos. Since then, he had neither called nor checked on me again”

So sad! May her soul rest in eternal peace.

The channel we used was the same channel Joy FM used to get ...
25 minutes ago