Inside Sources Allege: Daniel Ademinokan Is Not Ready To Divorce Doris Simeon 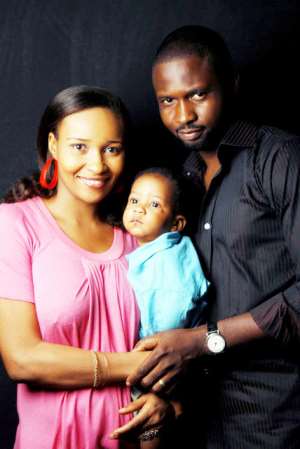 Despite the story making the rounds that Daniel Ademinokan had secretly tied the nuptial with Stella Damasus, an inside source close to Daniel and Doris has said that the story is not true, as Ademinokan is not ready to divorce his wife.

The source revealed that however, Doris has initiated a court case that might see her divorce Ademinokan, her estranged husband and be free of him forever.

Last week, in a court proceeding at Igbosere Magistrate Court, Lagos State, lawyers of Simeon appeared in the court complaining to the judge that they had not being able to serve Ademinokan the court notice of the divorce, as he was taking evasive action preventing him from being served. The case was later adjourned to a future date.

The source asked why Ademinokan was avoiding being served if he really wanted to end his relationship with the fair-complexioned Doris, as the source said Ademinokan might just be playing game with Stella Damasus' heart.

ALL ABOUT DORIS, STELLA AND DANIEL

Explosion: Transport of mining explosives was properly done ...
18 minutes ago