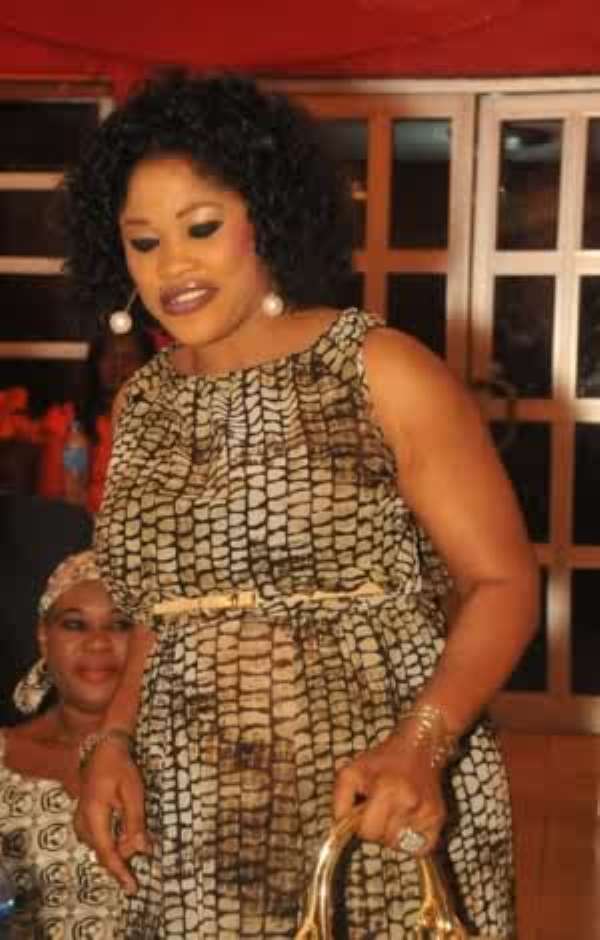 Few weeks ago, precisely on Tuesday, July 17, 2012, we reported that Bisi Ibidapo-Obe was pregnant. We also reported that she marked her pregnancy with the acquisition of a 7million Naira Mercedes Benz S-Class car to her already purchased 16million Naira BIO customised Range Rover Sport SUV.

Over the weekend, the delectable actress fondly called Bisi Omo Logba Logba was spotted flaunting her pregnancy. Though the identity of the father of the unborn baby is yet unknown, but grapevines reveal that the man has accepted the pregnancy.

We would update you as we get more details about her pregnancy.