Rwanda eases back to business after six-week coronavirus shutdown 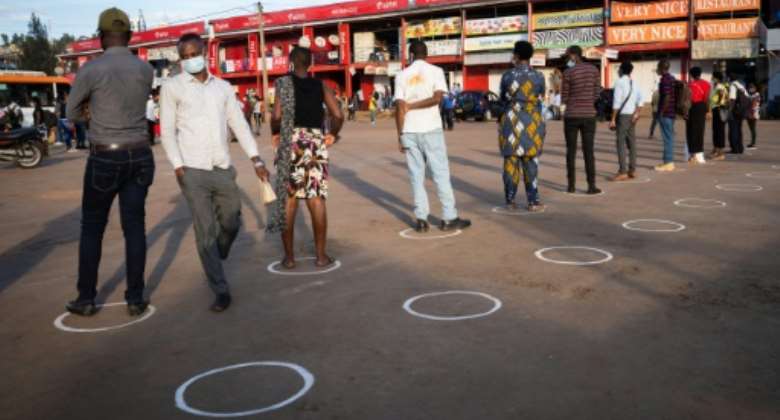 In the markets, only half the shops were allowed to reopen, social distancing rules in force. By Simon Wohlfahrt (AFP)

Businesses in the capital were flooded with customers hurrying to finish their shopping before an 8:00 pm curfew.

The measures have had a heavy economic impact in the poor east African country.

Jane Mutoni, a waitress at a small restaurant in Kigali, said two of her male colleagues were let go.

'We are now two waitresses," she told AFP, adding: "It has been really good to return to work because we had no other source of income."

In the markets, only half the shops were allowed to reopen.

Hair salons in particular have benefited from the easing of restrictions, although measures have been taken to prevent them from becoming overcrowded.

'We are going back to work slowly. Usually we are eight people working as a team here. But today we work in shifts at only three at a time to respect the social distancing," said John Sibomana, a Kigali hairdresser.

"After three hours, a colleague will replace me. We don't earn much, but it is still better than staying at home," he said, adding that life had been "very hard" during the lockdown.

Residents were also happy to resume physical activity in the streets, which had been forbidden.

'You know, it's been 40 days without practising and touching a ball and most of the young guys here do sports every day," said Bonfils Rukundo, who lives in a Kigali suburb, after going for a run in the capital.

Bus stations were full Monday, with masks mandatory in all public places. Buses were allowed to operate only at half capacity and only within Kigali.

Rwanda has officially registered 259 cases of coronavirus and no deaths.