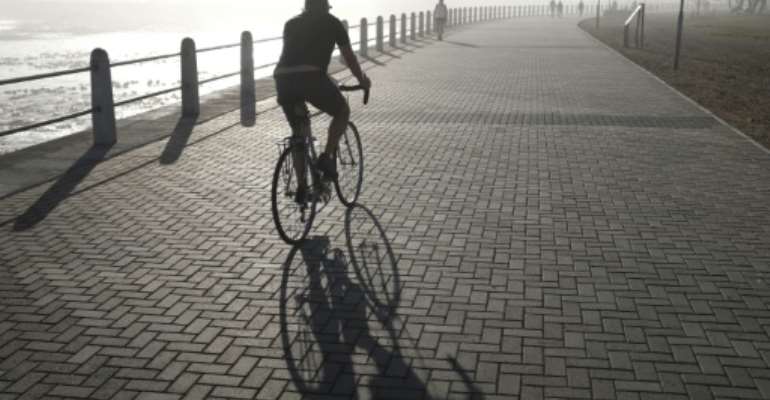 The economic outlook is not too bright. By PIETER BAUERMEISTER (AFP)

"It's good to be back at work," said Rayhaan Coovadia as he busied himself around a car tyre fitting service in South Africa's financial capital Johannesburg.

The garage reopened on Saturday after a five-week shutdown meant to halt the spread of coronavirus in Africa's most industrialised economy.

Around 1.5 million South Africans returned to work from May 1 as stay-at-home measures were eased and some businesses allowed to partially resume their operations under "strict health conditions".

In a face mask and overalls, manager Coovadia made sure clients were sprayed with hand sanitiser on arrival and kept a safe distance from staff.

Only half of eight employees were called back last week and the garage has only opened for emergency services.

"It's better now that I'm waking up and doing something," said technician Milton Nkosi, as he checked the alignment of a new set of tyres.

"I'm used to working," he added. "It's the first time in my life to stay home so many days."

South Africa was already in recession before the lockdown. By Luca Sola (AFP)

South Africa was already in recession before the lockdown, and doubts remain as to whether the economy will recover from the pandemic.

"It is picking up but I'm not sure how long it will last," said Nkosi, 40, who is the only breadwinner for a family of five.

"At the moment people are desperate for tyres because we have been closed," he worried. "But in the middle of the month it might start dropping."

Winter clothing, textile and hardware manufacturing were among the industries permitted to reopen factories and shops under the next confinement phase.

But the new measures have offered only slight relief to businesses trying to recover from five weeks without income.

Unemployment is projected to rise and with it, poverty. By PIETER BAUERMEISTER (AFP)

Paint store owner Carl Brukner admitted he only expected to make between 15 and 20 percent of usual sales revenues this month.

"The problem is that the biggest portion of our market are contractors (who) are currently not operational," Brukner told AFP.

"A lot of people have a long list of to-dos at home but we're still not sure it will take off," he added.

Brukner feared he would not be able to continue paying his 13 employees a full salary. Only four were back in the shop on Monday.

"People have been working with you for 15, 20, 25 years and you have to tell them: listen, we don't know what's going to happen next month," he said.

Treasury director Dondo Mogajane has warned that South Africa's unemployment could rise to 40 percent due to coronavirus, which has infected more than 6,700 and killed at least 131 so far.

"We are still absolutely dead in the water," said tour operator Jean-Paul Gardelli, whose business was brought to a standstill when South Africa banned international travel.

"We are all starting to look for different types of work," he shrugged. "Who knows when it will all come back."

But resources are limited.

"It's quite clear the government can't look after everybody," said Gardelli, who did not qualify for financial support. "Our country was in a tight spot already prior to the lockdown."

Many wonder if it's worth the effort. By Phill Magakoe (AFP)

Meanwhile, only a handful of restaurants took on the opportunity to offer takeaway meals.

Popular South African chain Nando's said the option was too limited to justify a reopening for the time being.

"Delivery only will lose Nando's and our franchise partners more money than being closed," Mike Cathie, CEO of Nando's South Africa, said in a statement last week.

At the usually buzzing Xai-Xai Lounge in northern Johannesburg, a pizza chef sprinkled toppings over two circles of dough as a delivery man waited outside.

Manager Anel Coetzee said it had been the first order in almost two hours, and did not expect many more.

"I just think that people don't have money," she told AFP, adding that the restaurant had sold less than a dozen pizzas in the past two days.

She said it was mainly an opportunity to pay employees some extra income, with two different chefs rotating every fortnight.

"We only do it for the staff," Coetzee said, as she watched the delivery vehicle drive past other shuttered bars and pubs.

"Not to pay rent or anything... but because these people here have children, some are single mothers, so every little bit helps."