By RFI with Amanda Morrow 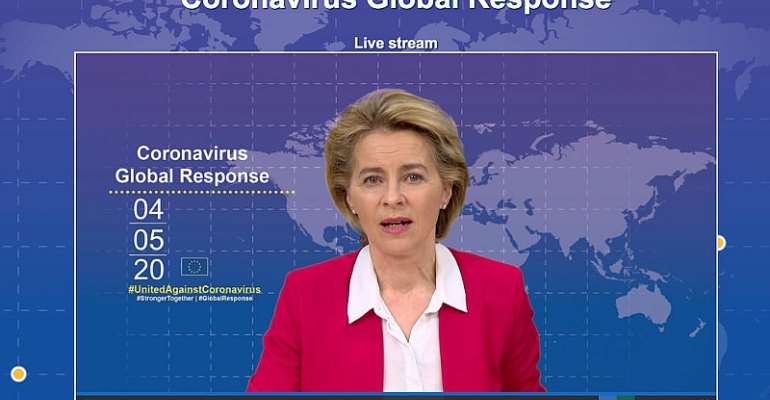 A “marathon” global donor conference launched Monday by the EU has raised billions of euros to fund the creation and deployment of a coronavirus vaccine – drawing support from countries, business leaders, celebrities and the world's wealthiest individuals.

The online fundraiser – which EU Commission President Ursula von der Leyen says is the world's “collective best shot at beating the virus” – earmarked an initial sum of at least 7.5 billion euros for research into potential vaccines and treatments.

Britain, Norway, Japan, Canada and Saudi Arabia helped organise the event – held in close coordination with the World Health Organisation – alongside the Wellcome Trust of Britain and the Gates Foundation of US tech billionaire Bill Gates.

The European Commission kicked off the fundraiser by promising 1 billion euros. While some countries said they would hold off on deciding how much to give, other pledges came in quickly. Norway promised one billion dollars (916 million euros) to support the distribution of any future vaccine, as well as for vaccines against other diseases.

Chancellor Angela Merkel said Germany would give 525 million euros in the search for vaccines and treatments, while France and Italy each promised 500 million euros. The UK pledged just over 440 million euros.

A statement ahead of the event said no new structure would be set up to handle the raised funds, which would instead be mainly channelled through recognised global health organisations.

Wealthy countries are seeking a unified response to Covid-19, which has killed 247,000 people worldwide, with hundreds of millions already pledged by the UK and G20 chair Saudi Arabia.

British Prime Minister Boris Johnson told the conference the race to find a vaccine was not a competition between countries, but an urgent and shared endeavour.

“To win this battle, we must work together to build an impregnable shield around all our people, and that can only be achieved by developing and mass producing a vaccine … the more we pull together and share our expertise, the faster our scientists will succeed,” Johnson said.

The EU has asked the United States, where almost 69,000 people have died, to take part, but it remains unclear if Washington will play any role. The US is, however, heavily involved in a number of coronavirus scientific projects through its various health and research institutions.

President Donald Trump, who has suspended US funding to the WHO, said Sunday he was confident the US would come up with a vaccine by the end of the year. This contradicts the message from America's leading infectious diseases expert, Dr Anthony Fauci, who cautioned that a vaccine is likely a year to 18 months away.

Where are we at with vaccine efforts?

Around the world some 100 laboratories are pursuing vaccines and, so far, the WHO has confirmed that seven of them are undergoing human trials. Projects in China, the US, Britain and Germany are being carried out by governments, pharmaceutical companies and biotech researchers.

The rapid-fire spread of the disease means vaccine developers are faced with the overwhelming challenge of mass-producing billions of doses their product.

Chinese pharmaceutical firms Sinovac Biotech – the first company in the world to market a vaccine for the H1N1 swine flu – has claimed great progress in its research and says it's now in a position to start producing 100 million vaccines a year.

In the UK, the University of Oxford and pharma giant AstraZeneca announced a partnership to support the large-scale manufacture of a vaccine being trialled by the university's Jenner Institute, should it be approved by regulators.

The WHO is coordinating with authorities in India, Indonesia and Thailand – the world's largest vaccine manufacturers – to speed up manufacturing of a future vaccine and work out distribution chains.

I Felt Very Safe Under Mahama – Manasseh
58 minutes ago