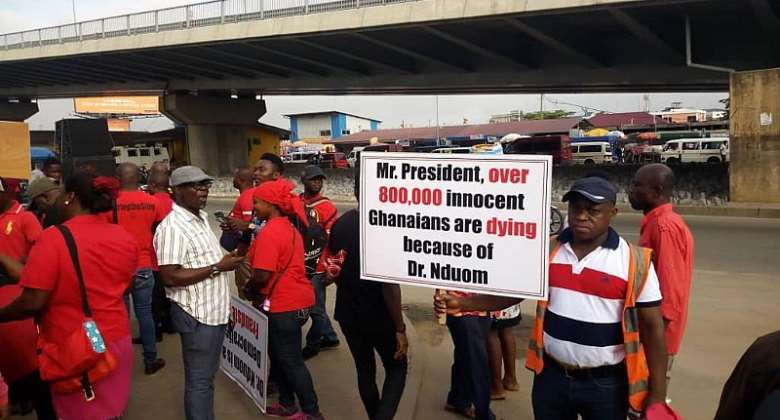 Members of Coalition of Aggrieved Customers of some Fifty-three (53) collapsed Fund Management Companies (CACFM) have renewed pressure amid calls on Government to expedite action and pay them their locked up investments or risk losing massively in the upcoming General Elections.

The Securities and Exchange Commission (SEC) in November last year revoked the licences of some 53 Fund Management Companies over some regulatory breaches.

Customers of the affected companies were taken through a validation process for onwards payment but almost five months down the line, they say they have not been paid.

In an interview with an Accra-based Radio Station on Wednesday, Spokesperson for the Coalition, Charles Nyame said “Government needs to as a matter of urgency need to start disbursement of funds or risk losing the upcoming General Elections. We were made to go through the validation processes from 18th November, 2019 till 15th January, 2020”

He added it has been over three months of which members expected payment but they have not heard anything from SEC.

The Spokesperson also revealed they were told by SEC, the claims filed is in an excess of GHc4 Billion of the data it had.

“This means that the data that they have sums up to GHc8 Billion and Customers have filed claims almost up to GHc12 Billion, therefore they need more time to pay” he disclosed.

Mr. Nyame added that the argument by SEC on the issue at hand is baseless adding they have been through a lot during the lockdown and need their monies back.

He added that some members of the Coalition have sort to begging since they do not have money to feed themselves likewise their families.

He says he believes, not all customers have problems with the data which has been filed.

He called on the Securities and Exchange Company to start with the payment of the data since it can help save the lives of dying customers.

“Pay that so that later we will go and solve the relevant issues with the disparities and differences. This is a common logical sense that anybody who is willing to help its citizens should be able to do” he fumed.

Mr. Charles Nyame further added he is disappointed authorities are not dealing with the issue but rather buying time.

“I want to remind the Director-General of SEC, Rev’d Ogame Tetteh and Finance Minister, Ken Ofori-Atta that they are sitting in their seats because NPP is in power and some of we the citizens are not pleased with what they are taking us through. The General Elections is around the corner” he said.