Pdl Calls For International Independent And Impartial Investigation Into The April 29, 2020 Prison Attack In Freetown-Sierra Leone 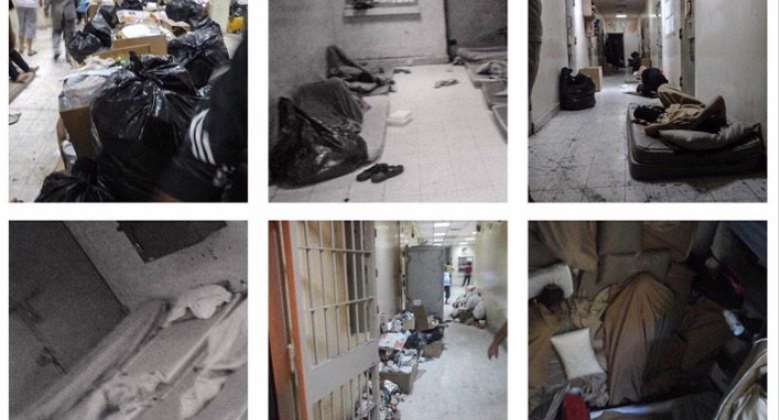 The People’s Democratic League (PDL) is deeply concerned about the recent acts of violence that took place in Sierra Leone’s central prisons in Freetown, which led to reported deaths and burning of public property. We condemn in the strongest terms these acts as deplorable and a serious blow against peace, democracy and political sanity in the country. The PDL is seriously concerned over the wellbeing of the inmates at the central prison in Freetown, after the attack.

The incident allegedly started in the morning hours of April 29, 2020. Numerous pictures and videos disseminated on social media websites, following the attack were purported to be taken at the central prison, where the terror attack took place. The videos showed the severity of the violence that was used against the prisoners. Pictures revealed also were extremely worrying; and there has been no news on the current condition of the injured prisoners.

To the People’s Democratic League (PDL), the April 29 prison attack in Freetown cannot be justified in any circumstances, as it appears to be in breach of international humanitarian law, and depending on the circumstances could amount to a massacre, and by extension to war crime and crime against humanity. It is the view of the PDL that violence is no solution and can only tear the Sierra Leonean people further apart. We call upon both the leadership of the ruling Sierra Leone People’s Party (SLPP) and opposition All People’s Congress (APC) to stop their trade in allegations and counter-allegation, and return to a political dialogue.

The People’s Democratic League (PDL) is further concerned of Sierra Leone’s prisons’ documented poor condition. Leaked pictures from the central Prison in Freetown show a lack of basic hygiene and over crowdedness. Although the prison’s capacity allows for 300 inmates, it holds over a thousand prisoners. Many prisoners sleep on empty floor without mattress.

In this context, the People’s Democratic League (PDL) urges the government of President Julius Maada Bio to adopt appropriate measures, including structural reforms, in order to prevent these types of acts of violence, and to investigate such incidents with due diligence and without delay. Toward this end, the PDL calls on the competent authorities in Freetown to take concrete steps to improve security inside the country’s prisons; investigate and punish any acts of violence and corruption that may take place in correctional facilities; and preventing the activities of criminal gangs with a presence inside prisons.

Sierra Leone is a democratic country and therefore the national body polity must be seen moving towards that direction. The PDL maintains that the horrific events of April 29 at the Central prison in Freetown warrant international scrutiny in an independent, impartial investigation that can determine all the crimes that took place, including potential crimes against humanity. The victims’ families deserve answers about why their loved ones should be killed.

We cannot estimate the number of deaths, and we cannot also rely on the social media to explain the truth surrounding the April 29 prison attack in Freetown. However, we cannot sit back when public facilities are destroyed and the lives of general members of the public are exposed to dangers. We will not sit idle and allow the prison massacre in Freetown to be swept under the carpet. We further urge the government of President Julius Maada Bio to investigate and clarify the circumstances surrounding the April 29 prison attack in Freetown, and, where applicable, identify and punish those who have committed these heinous attacks at the central prison don’t walk away freely but face the might of the law.

The Sierra Leonean government has a primary obligation to investigate and prosecute the perpetrators of these killings. Given the scale of the April 29 attack, there should be an independent, impartial investigation with international expertise into the human rights violations, and any findings should be made public.

For supporting government’s action towards establishing any investigation, we, of the People’s Democratic League (PDL) urge the U.N. Security Council and the African Union to act immediately; to conduct a fact-finding independent investigations into the April 29 prison attack in Freetown with international expertise ; not absolve civilians who committed crimes from facing justice, but to ensure also that security forces are also held responsible for their conduct and demonstrate a fundamental commitment to international rule of law.

The investigations we demand for should seek to establish not only the perpetrators of the April 29 prison attack, but also possible masterminds and any authorities who may be responsible, by action or omission.

The African Commission on Human and Peoples’ Rights should also undertake a joint investigative mission to Sierra Leone and support a broader independent and impartial investigation. Sierra Leone’s international partners should maintain a strong demand for accountability, including support for our call for an independent and impartial investigation into the April 29 prison attack, with international experts. If given unfettered access to witnesses and forensic evidence, independent experts with a fact-finding mission could determine if the April 29 prison attack should be characterized as a heinous crime and crime against humanity.

Concluding, we call for:
1) A thorough investigation into the April 29 prison attack in Freetown.

2) We ask that the facts be presented and those responsible be held accountable for their actions.

4) The prison authorities to provide an adequate and hygienic environment for detainees to sleep and be housed.

5) We wish all wounded prisoners and prison officers who sustained injuries during the April 29 prison attack, a speedy recovery.

No to violence!
No to rude tribalism!!
No to incitement!!!
No to hate speeches!!!!
No to misuse of the social media to ferment political instability!!!!!