Economic Breakthrough For Africa: A Lesson For Coronavirus 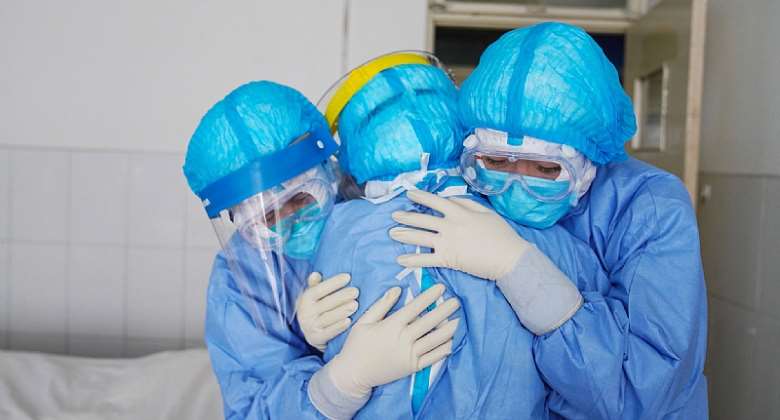 The Advent of 1945 WW-II enlightened Africans all over the world to fight for independence. Colonialism in Africa was not wholeheartedly welcomed, but it was accepted as a lesser evil as compared to those who resisted it. Nazi Germany then began the war in September 1939 intending to colonize the world, but this was unacceptable to the world powers at that time, and efforts were made to defeat Germany’s political aim and economic gain.

Efforts included training and using African soldiers to defeat the tyrannical movement of Hitler. The byproduct of the war weakened colonialism in Africa and spurred anti-colonial protests.

The Black African wanted to know why Germany could not rule the world just as the British, the French, and others were doing in Africa. A British officer tried to explain this; "it is not good for one tribe to rule another. Each tribe must rule itself. That’s only fair.

A German must rule Germans, an Italian, Italians, and a Frenchman, French people.” (cf. Davidson: 1994) It dawned on Africans that colonialism could be abolished – even in Africa. After rigorous attempts, Egypt paved the way and gained political independence in 1952, and other countries threaded in that line.

Today, all African countries are politically independent but economically over-dependent. Most scholars attribute Africa's economic failure to incompetent leadership. For instance, Chinua Achebe says “the trouble with Nigeria today is squarely a failure of leadership”.

(cf. Achebe: 1983) The over dependency theory is crystal clear and seems to be unavoidable, and this is because the projection of Africans, with exception to public figures, is bizarre, and without a plan of economic stability. On one hand the major reason for this dependency, many say, is due to political inefficiency and corruption. But on the other hand, the outbreak of the coronavirus pandemic (COVID-19) seems to have made every Nation dependent; world powers, and third world countries are struggling for survival – biologically and economically. Gadgets meager in the industrious countries, and the so-called benefactors to Africa. This means Africa must fend for herself and also try to offer help to other Nations in this perspective of global dependency.

Special gratitude to the medical team trying to defeat COVID-19, but notwithstanding, the lens of this pandemic can be seen as an economic sign just as WWII was a sign that Africa needed political liberation. Now there is a need for economic liberation for Africa. At this point, it is important to note that it is not the pandemic that has brought out the manufacturing skills of Africans – these have always been there; Africa just turned a blind eye.

We are bewitched and obsessed with the external products – food, accessories, et al., importation has killed more than it has blessed. The peasants sink deep in poverty as the prices of imported goods rise; local production fades as importation leads.

This is a time to face the rejected produce of Africa and improve it. Just as the Black African soldiers who fought alongside the white saw the equality in humanity; we are called to revive the vibe of our heroes’ past and fight for the survival of our economy. This can be done by everyone who sees the African products and decides to add value to it.

The African Union (AU), and African Leaders need to muster the economic courage to ensure economic freedom. Just as a value was added to the Ghanaian pallbearers who have circulated via the internet and everyone appreciates their innovations, granted them interviews, and animated them into 3D games; much more can be done if Africans decide to add value to other spheres of African products.

This will be a step towards economic liberation, for economic liberation is not just in the hand of political leaders who are still battling with how to defeat corruption. It is in the hands of the people too. We produce, we purchase, this will affect the import and export experts, but it will salvage the economy of the dependent continent – Africa.